Ogdensburg,New York is not a one tank trip from Lancaster,Ohio but if you are ever in the area make sure to visit this museum. What a find……A SCENIC SUNDAY AND THAT’S MY WORLD post

A visit to the Frederick Remington Art Museum in Ogdensburg,NY. The City of Ogdensburg, New York, is located in northern St. Lawrence County along the southern shore of the beautiful St. Lawrence River, directly across from the Canadian towns of Prescott and Brockville, Ontario. 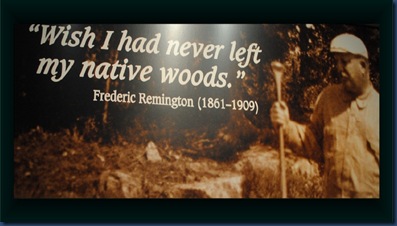 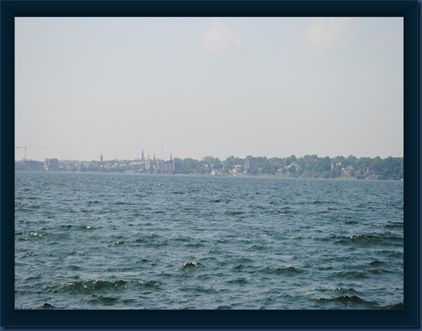 Getting ready to step inside the museum where I hope the temperature is a little cooler. 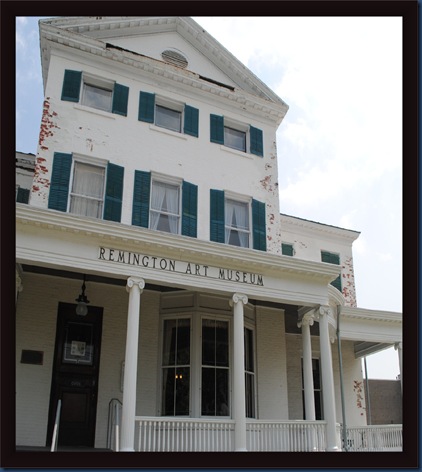 The Remington family moved to Ogdensburg, New York when Remington was eleven and he attended Vermont Episcopal Institute, a church-run military school, where his father hoped discipline would rein in his son’s lack of focus, and perhaps lead to a military career. Remington took his first drawing lessons at the Institute. He then transferred to another military school where his classmates found the young Remington to be a pleasant fellow, a bit careless and lazy, good-humored, and generous of spirit. READ MORE. Next a plug for the museum. 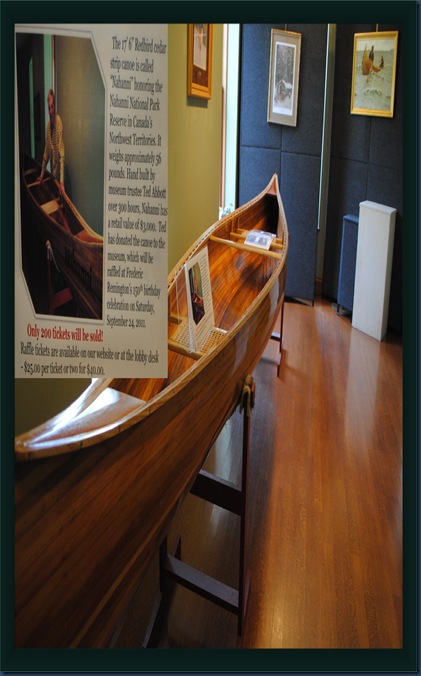 Purchase your ticket now for a hand built 17’ 6” Redbird cedar strip canoe. Only 200 tickets will be sold.CLICK……

Frederic Sackrider Remington was an American painter, illustrator, sculptor, and writer who specialized in depictions of the Old American West, specifically concentrating on the last quarter of the 19th century American West and images of cowboys, American Indians, and the U. S. Cavalry. It’s all about the art: Remington’s thoughts on art; “Art is a she-devil of a mistress, and if at times in earlier days she would not even stoop to my way of thinking, I have persevered and will so continue.” 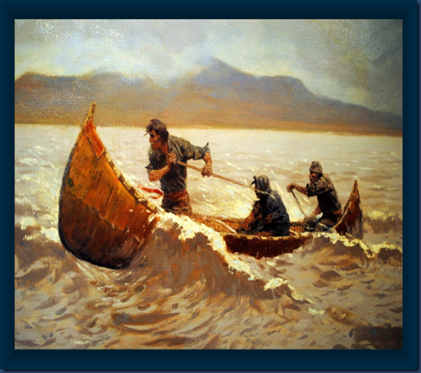 Remington described this illustration, "A Study of Action," 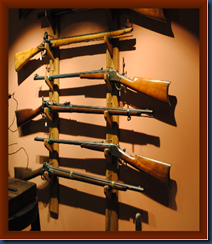 Learn how Gen. David Petraeus uses "The Stampede," a painting by Frederic Remington to explain the wars in Iraq and Afghanistan to reporters. CLICK 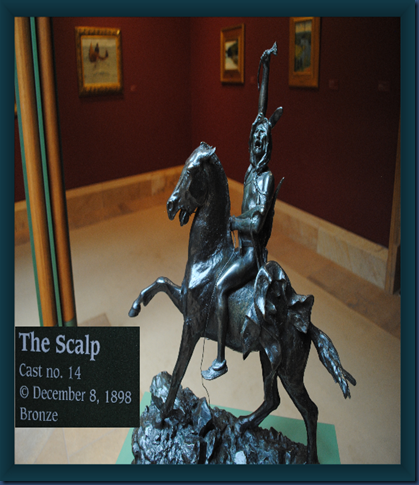 Also a writer;”Remington was unafraid of writing, and specialized in tales of high adventure in the West. His magazine articles were collected into books, and he published works of fiction as well, amounting to eight books in all: Pony Tracks (1895), A Rogers Ranger in the French and Indian War (1897), Crooked Trails (1898), Sundown Leflare (1899), Stories of Peace and War (1899), Men with the Bark On (1900), John Ermine of the Yellowstone (1902) and The Way of an Indian (1906).” CLICK I think I may do some reading. 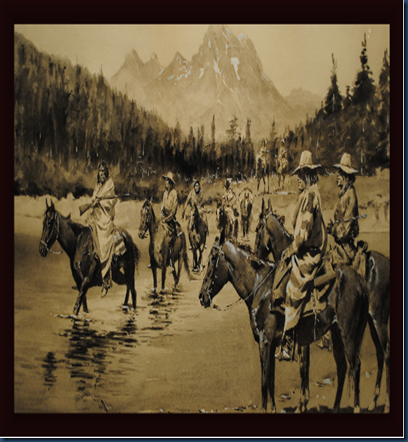 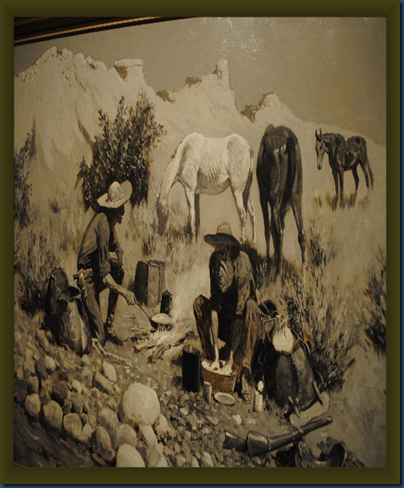 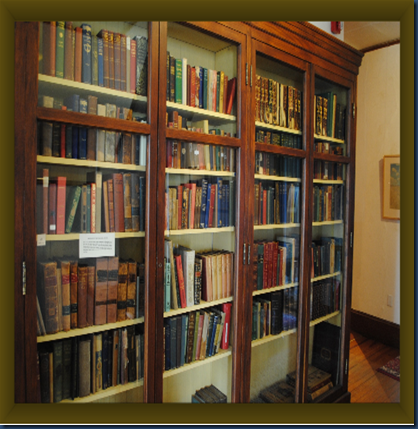 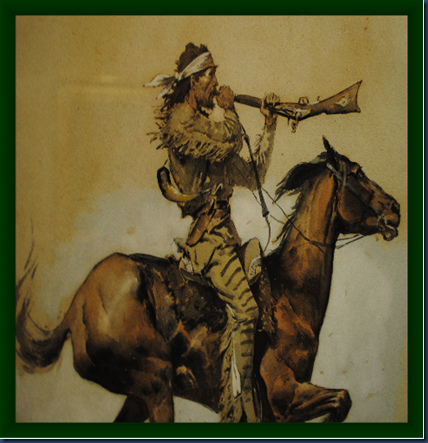 How else are you going to reload your rifle on horseback at a full gallop? LOL 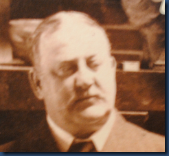 Frederick Remington says, “ I am going to rattle down through all the ages.” Joe Todd says, “Thanks for stopping by. All the photos are mine and most of the research was done on the net. I’ve tried to give some interesting back links to original material. ENJOY

“I knew the wild riders and the vacant land were about to vanish forever... and the more I considered the subject, the bigger the forever loomed. Without knowing how to do it, I began to record some facts around me, and the more I looked the more the panorama unfolded.”

Very nice post. What a talented man.. Wow--that's what you can call a "Man with many talents"....I'm so impressed. Thanks for taking us there, Joe...

Great museum; I didn't know all that about Remington. Thank you for sharing. (And that IS a beautiful boat....hope you win it ;>)

Gosh, Joe, what great text and photos. Remington sure did die young, poor guy. He was a special soul.

Those brave hearts in the canoe, I hope they made it safely.