Road Trip to The John Dillinger Museum in Hammond,Indiana

FROM LANCASTER,OHIO TO HAMMOND INDIANA TO VISIT THE JOHN DILLINGER MUSEUM. A MY QUALITY TIME POST 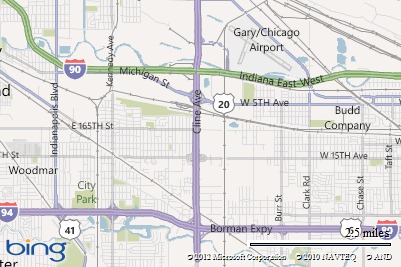 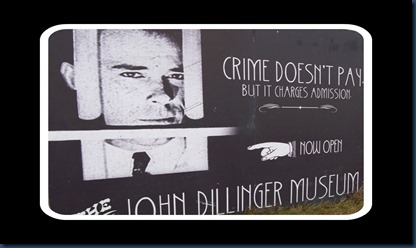 “John Herbert Dillinger, Jr. (June 22, 1903 – July 22, 1934) was an American bank robber of German descent in Depression-era United States. He was charged with, but never convicted of, the murder of an East Chicago, Indiana police officer during a shoot-out. This was his only alleged homicide. His gang robbed two dozen banks and four police stations. Dillinger escaped from jail twice.”

During the 1930s Depression, many Americans, nearly helpless against forces they didn't understand, made heroes of outlaws who took what they wanted at gunpoint. 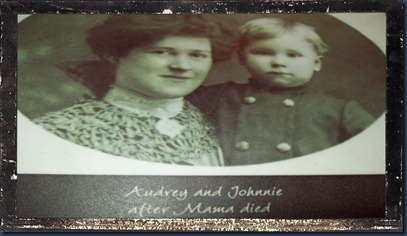 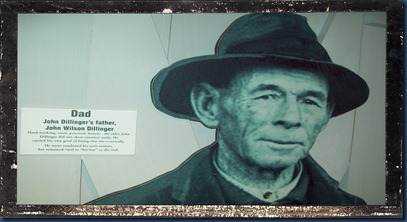 “His father, a hardworking grocer, raised him in an atmosphere of disciplinary extremes, harsh and repressive on some occasions, but generous and permissive on others. John's mother died when he was three, and when his father remarried six years later, John resented his stepmother.” I had better tell you where I got the above info or “THEY” might come for me. LOL.Read more at FBI web site 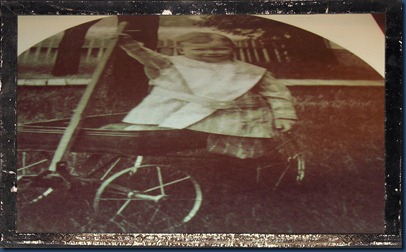 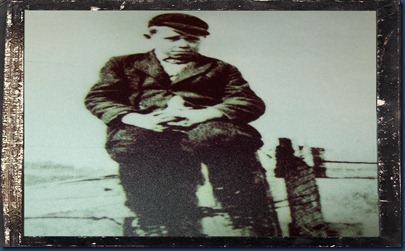 “As a teenager, Dillinger was frequently in trouble with the law for fighting and petty theft; he was also noted for his "bewildering personality" and bullying of smaller children.” 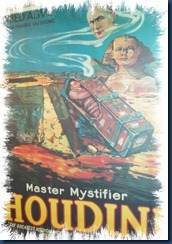 Dillinger may have thought he was Houdini. He was involved in three jail breaks. 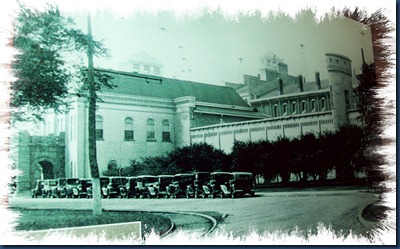 “Dillinger helped conceive a plan for the escape of Pierpont, Clark and six others from Indiana State Prison (above photo). He had met them while previously in prison, most  worked in the prison laundry. Dillinger had friends smuggle rifles into their prison cells which they used to escape.”

“Among Dillinger's more celebrated exploits was his pretending to be a sales representative for a company that sold bank alarm systems. He reportedly entered a number of Indiana and Ohio banks and used this ruse to assess security systems and bank vaults of prospective targets.” 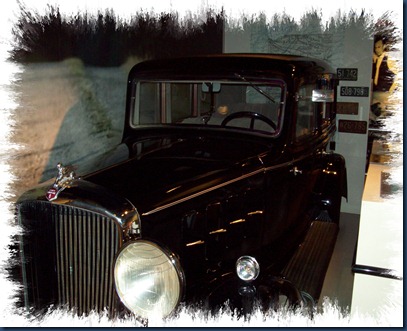 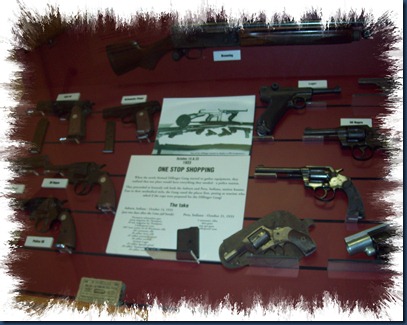 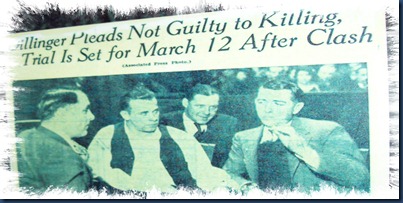 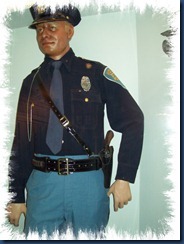 The beginning of the end…

“Dillinger made the mistake that would cost him his life. He stole the sheriff's car and drove across the Indiana-Illinois line, heading for Chicago. By doing that he violated the National Motor Vehicle Theft Act, which made it a federal offense to transport a stolen motor vehicle across a state line.”  J.Edgar Hoover and Melvin Purvis take up the chase.. 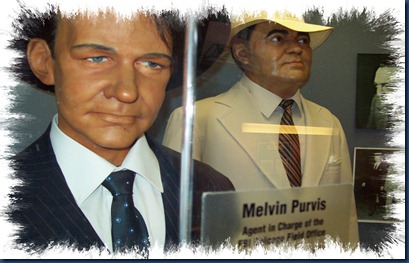 Dillinger attended the film Manhattan Melodrama at the Biograph Theater 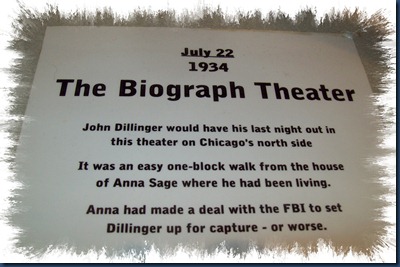 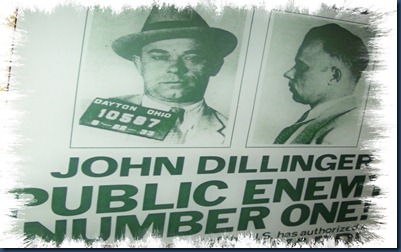 “When the movie let out, Special Agent Melvin Purvis stood by the front door and signaled Dillinger's exit by lighting a cigar. Both he and the other agents reported that Dillinger turned his head and looked directly at the agent as he walked by, glanced across the street, then moved ahead of his female companions,  and ran into a nearby alley. Other accounts state Dillinger ignored a command to surrender, whipped out his gun, then headed for the alley. Agents already had the alley closed off, but Dillinger was determined to shoot it out.” 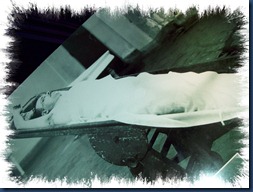 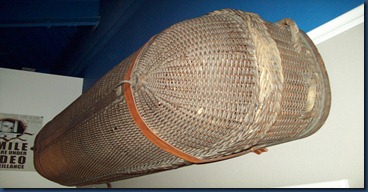 Dillinger's body was displayed to the public at the Cook County morgue after his death. 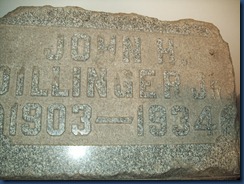 “ Dillinger was buried at Crown Hill Cemetery (Section: 44, Lot: 94) in Indianapolis. His gravestone has had to be replaced several times because of vandalism by people chipping off pieces as souvenirs.” 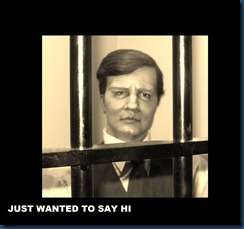 and thanks for stopping by. If you are near Chicago or northern Indiana stop by the museum.

Always good for a Road Trip

FROM LANCASTER,OHIO TO HAMMOND INDIANA TO VISIT THE JOHN DILLINGER MUSEUM. A MY QUALITY TIME POST

YOUTUBE Special thanks to the Museum, WikPedia,and the FBI web site. My photos use them if you like. 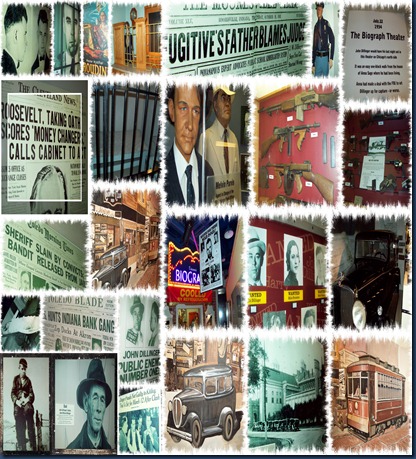 Very interesting stuff Joe. It is amazing that his fame came from breaking the laws. LOL! Only in America. Wow! I have to tell you that eye is freaking me out. LOL!

A very interesting post it is, Joe! I really enjoyed reading it! And, yep, only in the US can become famous as a lawbreaker! LOL!! And a hero in movies! I love it! Hope you have a great week!

Very interesting. I'll be checking the museum out if I get close.

Interesting place. I wonder why a lawbreaker in America became an admired icon. I would love to see the collection of guns there in the John Dillinger Museum.

Funny how—in the mugshot—the lean of his head and the angle of his tie match the tilt of his lips. Was he left-handed by any chance?

“I wonder why a lawbreaker in America became an admired icon.”

Does this kind of fandom really only happen in America? I think that one relevant aspect was that the outlaws of the period tended to be bankrobbers at a time when banks were blamed for the economic collapse that resulted in the Great Depression. They were also bootleggers, and Prohibition was never accepted here. Finally, they were charismatic and, rightly or wrongly, got the image of modern Robin Hoods. Honestly, though, when I look at the kind of people who Americans admire today, they’re typically shallow and trashy people whose one “virtue” is that they’re rich. Here in American, money=virtue, so it doesn’t matter how it’s obtained just so you obtain it. Our current most famous example is Donald Trump who cheated his way to the top, boasts of never reading books, and whose taste is unapologetically vulgar.

Snow thanks for the comment.. I heard that "The Donald" has erectile dysfunction.. Always Hardening and softening his positions LOL