An Irish Ghost Story for Halloween

An Irish Ghost Story for Halloween 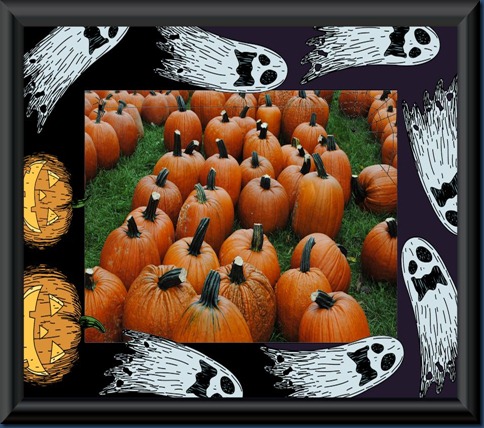 IRISH GHOST STORY
This event happened a while ago in Dublin, and even though it sounds like an Alfred Hitchcock tale, it’ said to be true.
John Bradford,

a Dublin University student, was on the side of a lonely road hitchhiking on a very dark night in the midst of a mighty storm. He could see only a few feet in front of him. Suddenly, he saw a car

slowly coming towards him. The car stopped, and John, desperate for shelter, wrenched open the door and climbed in. He became aware that the engine was not running, and there was no one steering the vehicle. The car began moving. John looked at the road ahead and saw that the car was approaching a

bend in the road. Terrified, he began to pray, begging for his life. Then, just before
the car hit the bend, a hand appeared out of nowhere through the window and turned the wheel. John, paralyzed
with terror, watched as the hand

stretched through the window, but never touched or harmed him. Shortly after,...

John saw the lights of a pub

appear down the road. Gathering his strength, he jumped out of the car and ran
to it. Wet and out of breath, he rushed inside and started recounting the horrible experience. A silence settled on the pub. But when the patrons saw that he was sober and that his terror was genuine, they paid attention to his story. Then the door opened, and two people

walked in from the dark and stormy night. Like John, they were soaked and out of breath. Looking around, they saw John sobbing

at the bar. One turned to the other and said, “Look Paddy.....there's that bloomin’ idiot that got in the car while we were pushing it!...!!! 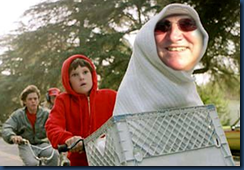 An Irish Ghost Story for Halloween Thanks for stopping by.

Technorati Tags: An Irish Ghost Story for Halloween
Posted by Joe Todd at 9:50 AM

Hahaha
I enjoyed your Halloween story.

hahahahaha! Where do you come up with these things!? Very funny. By the way, the word in proper Irish-English is "idgit."

That's a great story, Joe. Your more recent post contains photos from Florida, but I don't see that you said you were going to Florida. Are they your photos or someone else's?

Snow...Linda and I are at the beach soaking up a little sun before returning to Ohio...