Have a Quality Time Thanksgiving 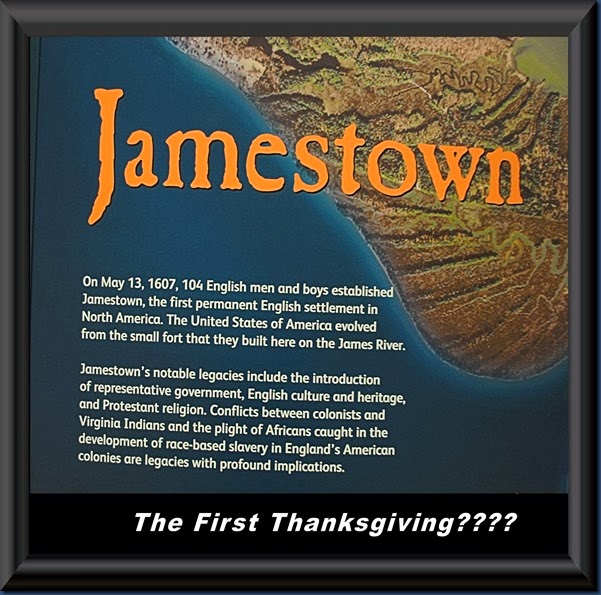 “On December 4, 1619 settlers stepped ashore at Berkeley Hundred along the James River and, in accordance with the proprietor's instruction that "the day of our ship's arrival ... shall be yearly and perpetually kept as a day of thanksgiving," celebrated the first official Thanksgiving Day.

In the fall of 1621, the Pilgrims held a celebration to give thanks to God for his bounty and blessings. This occasion was the origin of the traditional Thanksgiving as we know it today.”

The James River as seen from the Berkeley Plantation… 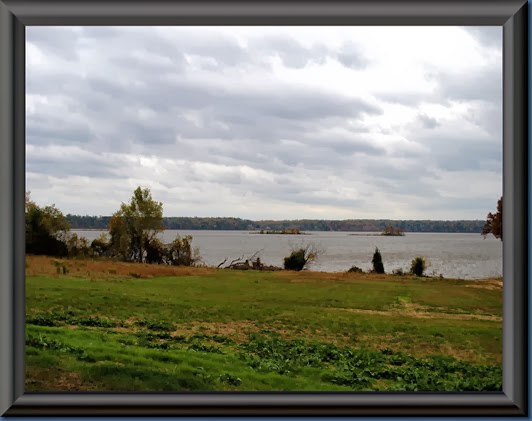 Berkeley Plantation was originally called Berkeley Hundred and named after the Berkeley Company of England. ….

Among the many American "firsts" that occurred at Berkeley Plantation are:

We were just talking about our visit there a couple of summers ago. Happy Thanksgiving to both of you.

Gee, didn't they all starve at Jamestown, that is the ones who didn't go mad eating Jamestown Weed (now called Jimson Weed?" And didn't they resort to cannibalizing corpses, ad killing one another in disputes, and mistreating the Indians who (surprise, surprise) got tired of it and attacked them? My memory is rusty, but I can see how those other guys' Thanksgiving is the one that got remembered.

Snow.. May 2nd 2013 Archaeologists revealed Wednesday their analysis of 17th century skeletal remains suggesting that settlers practiced cannibalism to survive. Had a chance to see the skeleton in the museum http://www.cnn.com/2013/05/01/us/jamestown-cannibalism/

Thank you for this wonderful and very accurate historic post! I loved it! So many people don't know about this or just could care less! You sailed to Berkeley!? How wonderful!!!!