Have A Great Day & A Laugh

It’s Ok To Laugh A Little 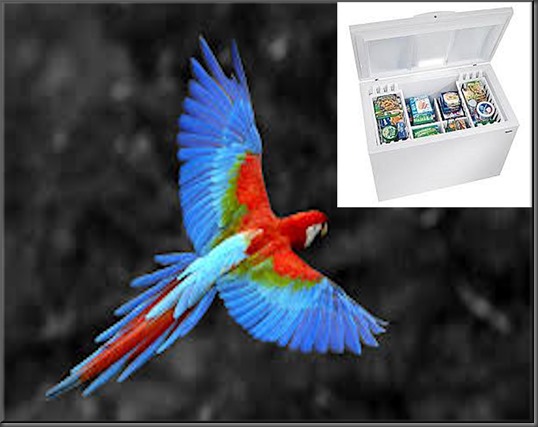 A guy named David received a parrot for his birthday. The parrot was fully grown, with a bad attitude and worse vocabulary. Every other word was an expletive. Those that weren’t expletives were, to say the least, rude. David tried hard to change the bird’s attitude and was constantly saying polite words, playing soft music, anything he could think of to try and set a good example. Nothing worked. He yelled at the bird and the bird yelled back. He shook the bird and the bird just got more angry and rude. Finally, in a moment of desperation, David put the parrot in the freezer. For a few moments he heard the bird squawk and kick and scream. Then suddenly there was quiet. Not a sound for half a minute. David was frightened that he might have hurt the bird and quickly opened the freezer door. The parrot calmly stepped out onto David’s extended arm and said, “I believe I may have offended you with my rude language and actions. I will endeavor at once to correct my behavior. I really am truly sorry and beg your forgiveness.” David was astonished at the bird’s change in attitude and was about to ask what had made such a dramatic change when the parrot continued, “May I ask what the chicken did?”

Have A Quality Time Day