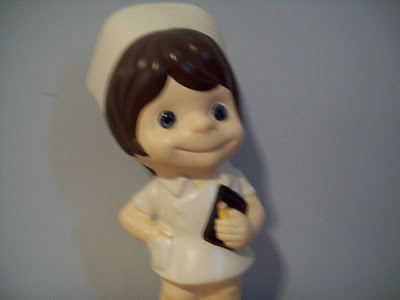 I have been a nurse for 30 years and in that time have cared for many special patients. There was a time in the late 1980s when I had the privilege to care for Tabitha. I was working on the toddler unit of a major Children’s Hospital. My boss asked me one day when I came to work, if I would be the primary nurse for Tabitha. This baby had lived her entire life so far in this hospital. She started in the newborn ICU, then the infant unit, and now had graduated to the toddler unit.
Her main diagnosis was bronchopulmonary dysplasia or BPD. Since I loved respiratory patients, I said yes. Thus was to begin about one and a half years of caring for this little baby.
When I first met her she was on oxygen and had a femoral central line. She would never know a day without oxygen or a day at home. Tabitha’s home was the hospital. Her mother rarely visited and never called.
This was a time of primary care. Some other nurses were uncomfortable caring for Tabitha because she was so unstable. She was difficult to feed because she’d been tube fed for so long. I bathed her every day, fed her and put twill tape ribbons in her thin hair. Her smiles were rare, making me all the more determined to win them. Occasionally she would be doing well enough to go for a wagon ride. Just when it seemed she was doing better, she would have a setback. She was placed on a ventilator countless times. For someone who a good day was one not spent struggling for breath, she sure made me question my goals and objectives. What made me think I deserved so much when she received so little?
There finally came a time when they tracked down her mother to get permission to perform a tracheotomy. I hated that. Tabitha never outgrew her illness. She was in the ICU for the last time when she stopped breathing and passed away. It was 3:00 AM. Since they couldn’t reach her mother they called me. I went in to hold “my baby” for the last time. She had all her tubes removed and was a perfect baby in my arms. I only hope she didn’t have to wait too long before her mother finally came to say goodbye to the baby she never knew.
I know that Tabitha is an angel now and never has to struggle to breathe
Posted by Joe Todd at 11:25 AM

Peggy was an ICU nurse, but it grew too depressing and too hard on her physically, so she has been a L&D nurse for 20 years now. She too has told me of the last moments in a baby's life when all the equipment has been removed, and their loved ones get to hold them for awhile as if they were normal babies who were about to go home instead of to the funeral parlor.