General Sherman and Tecumseh in and near Lancaster,Ohio. ( Great Leader/Warriors from Ohio)

Take the time to explore the world at That’s My World Tuesday First a story (from the internet) just for fun. 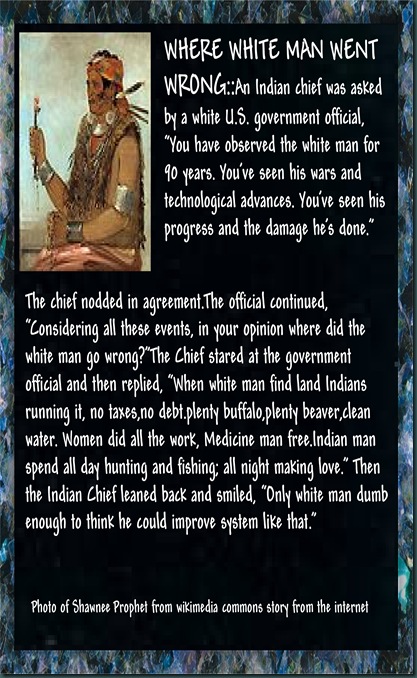 Well, you may wonder what the above story has to do with My World Tuesday. To tell you the truth I did a little wondering/wandering myself, but this is what I came up with. The photo above is of the Shawnee Indian the Prophet whose brother was the great Shawnee Chief Tecumseh. Another great Tecumseh was General William Tecumseh Sherman whose home town is Lancaster,Ohio. 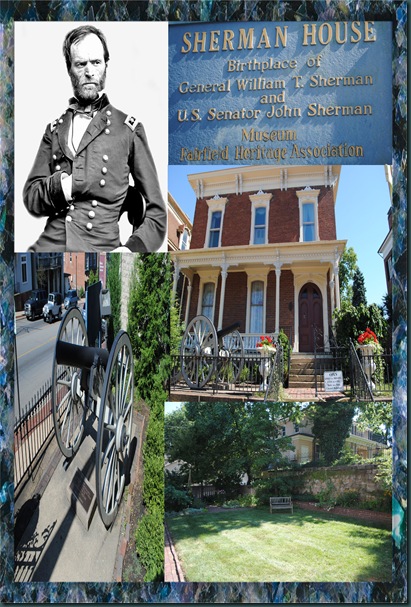 “The Sherman House Museum in Lancaster, Ohio is the birthplace of General William Tecumseh Sherman, his younger brother U.S. Senator John Sherman and home of the remarkable Sherman family. The Sherman House is listed on the National Register of Historic Places.General Sherman was born February 8, 1920 and named William Tecumseh after the great Indian chief of the Shawnee but acquired the nickname Cump from his siblings. He was the sixth child born of what would eventually become eleven siblings, to Judge Charles and Mary Hoyt Sherman.” READ MORE If in Lancaster,Ohio make sure to visit the Sherman House Museum………… Well, on the Fourth Of July General Sherman portrayed by the civil war re-enactor/speaker Frank Bullock Bivouacked at Rising Park. 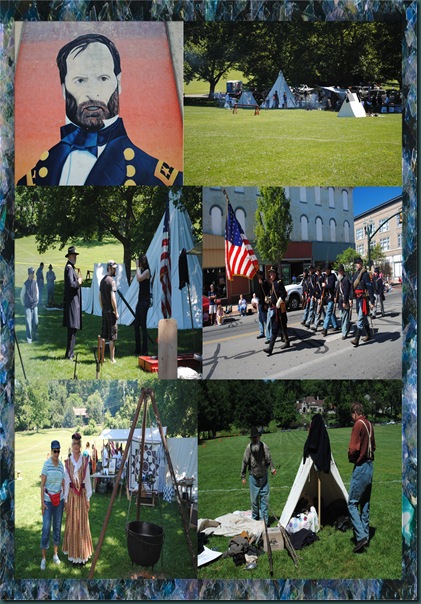 About one hour from Lancaster near Chillicothe,Ohio you have Tecumseh! The Ultimate Outdoor Drama Experience. Click on this link for all the info and great slide show/photos by Mr. Joe E. Murray. (Visit his photo gallery) “Witness the epic life story of the legendary Shawnee leader as he struggles to defend his sacred homelands in the Ohio country during the late 1700’s. “Tecumseh!” has been labeled as one of the most mesmerizing dramas in the nation.” READ MORE. Linda and I usually take in the show every couple of years it is that good. 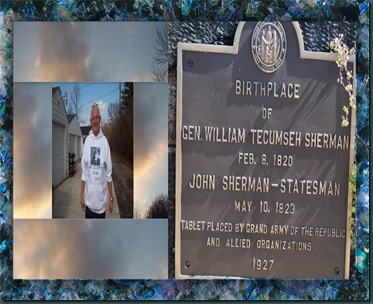 Joe Todd reporting from the Sherman House saying. “Thanks for stopping by.” and make sure to visit:

I enjoy taking in reenactments. I've seen several over the years and love each one that I attend.

Great post as always, Joe. Really interesting info about Sherman and his family. Beautiful house and I really enjoy reenactments also. Love your photos! Hope your week is off to a great start!

There is lots of history in your part of the world. Each family's story is part of the fabric of our nation.

This is quite the reenactment of history, Joe! There is one thing I need to know: what is the guy doing with the placards on the ground by the fire hydrant?

I hope enactments are making more people interested in history. It seems a great way to get kids interested in what has gone before.

Reenactments are so entertaining as well as educational. So many of us haven't a clue what went on back in the days...and, I love the story about White Man's ability to ruin a good thing!

Joe: So neat, I will have to visit at some time.