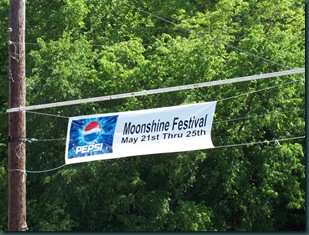 In the 1930's. New Straitsville was known from New York to California and even places over seas as "The Wet Capitol of Ohio." Today there is no reason to be thirsty in New Straitsville 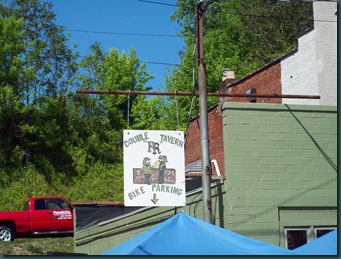 Sometimes when you visit a new place you learn a little history and get to see some unexpected scenery. Robinson’s Cave, Coal, Mine Fires, Founding of U.M.W.A. Union, and an old time Soda Fountain 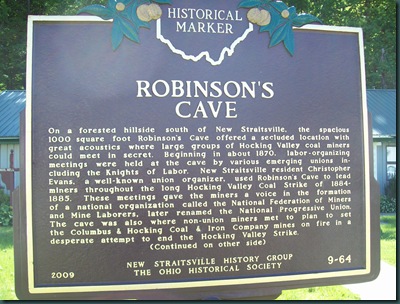 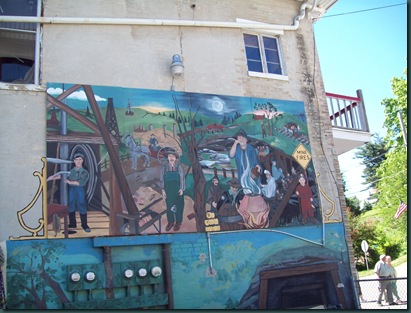 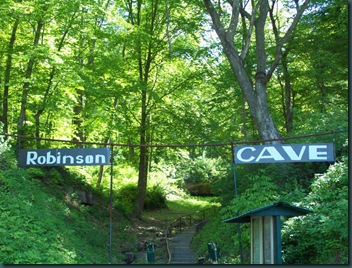 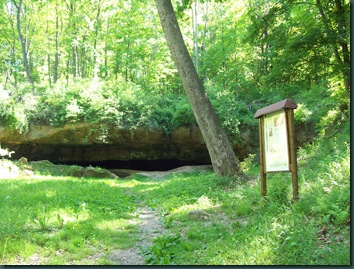 The cave is actually a sandstone outcropping common in the unglaciated region of Ohio. It is named after Seth Robinson the man who owned this property and operated a mine in the 1880’s. The cave was used as a secret meeting place for coal miners in the 1880’s. In 1884 Chris Evans originally from England led the regions miners in the historic hocking valley coal strike. During the strike it is believed that angry miners met at the cave before soaking loaded coal cars with kerosene setting them afire and pushing them into the mines 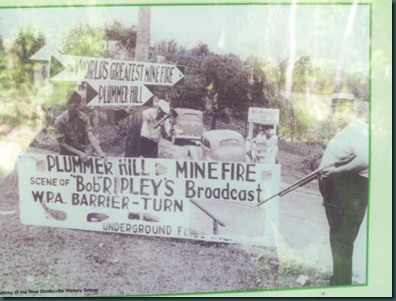 The event actually turned into a tourist attraction.. 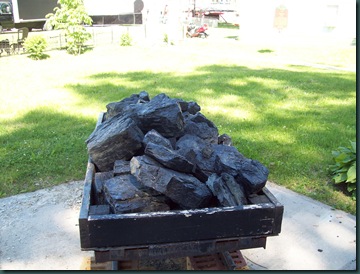 This action lit the worlds largest underground mine fire which burned thousands of acres..In 1889 Evans was elected executive secretary of the American Federation of Labor (A.F.of L.) 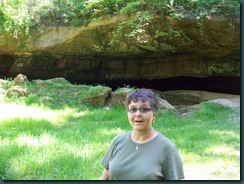 NOT A DISGRUNTLED COAL MINER,BUT SHE IS THIRSTY.. 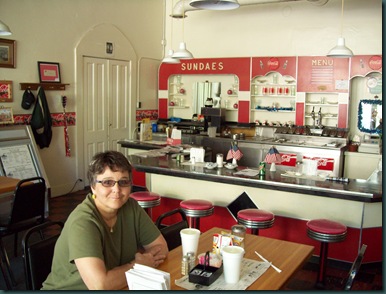 So we end the trip to New Straitsville with a stop at the “soda fountain” for some cool lemonade and a couple B.L.T’s.

This is the trail we didn’t take 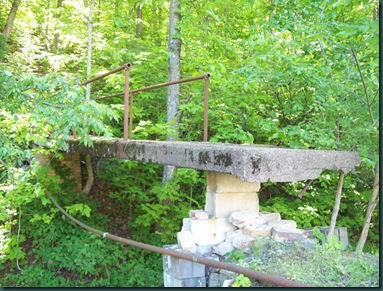 Sometimes one needs to stay off the “Road Less Traveled”

Sounds like a nice evening. Might be worth a quick ride this week-end. Visiting the cave area often, I also giggled out their "cave".

A moonshine festival ... what fun. Did they actually have moonshine to sample?

I loved that you found this place so close to home. Sometimes we think we have to travel across the country to see something interesting when, in reality, it's usually waiting for us in our own backyards. :)

I've been on vacation for a couple of weeks so my apologies for not visiting sooner! I so enjoy your blog!

What a great looking place! Green with envy here!

Thank you for your wonderful pictures. I grew up and lived in "Straitsville" until I was in my mid 30's. I now reside in Lancaster as well. I have to say it was lovely looking back. But whoever changed the name of "Matthew's Cafe" to The "Stray Cat" whatever has to be insane! Matthew's was an institution in Southeast Ohio!