This walk starts at my house in Lancaster,Ohio and takes in the area by Lancaster High School, Ohio University Lancaster (O.U.L.)  and the amphitheater area for the LANCASTER FESTIVAL.

At least the groundhog isn’t eating the corn. I was originally in this picture but it wasn’t pretty so I did a little editing.

The bike trail follows  Fetters Run, Baldwin Run and the Hocking River. We recently had a little rain and some of these (runs) overflowed their banks. 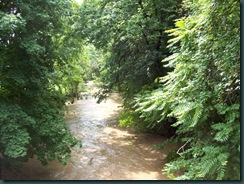 There are several fitness stops on the trail 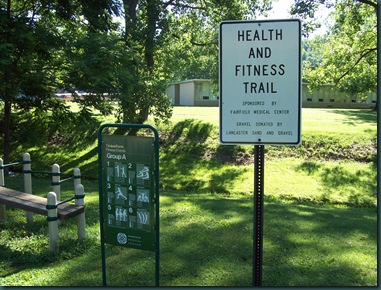 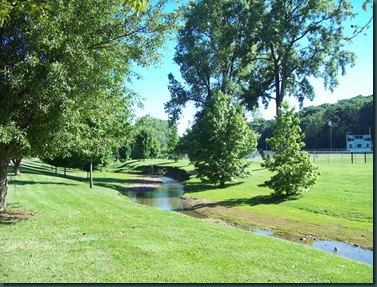 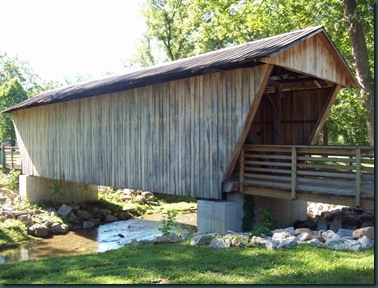 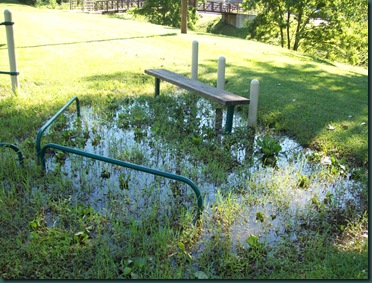 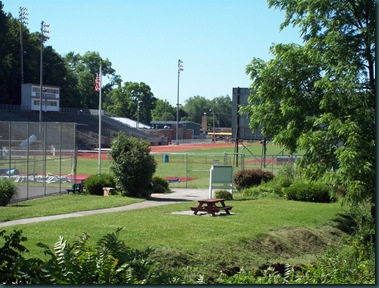 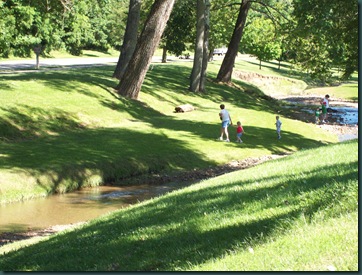 As a “kid” I spent a lot of time in and around these “runs”. 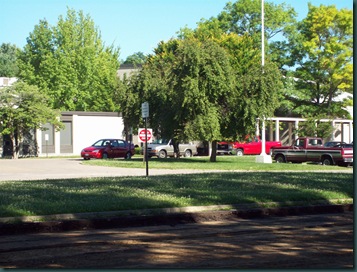 The trail goes right past the entrance to Lancaster High School. and the baseball field. 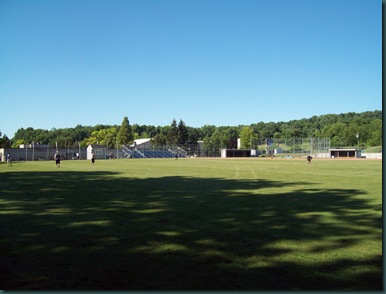 Look closely at the debris along the edges of this bridge. 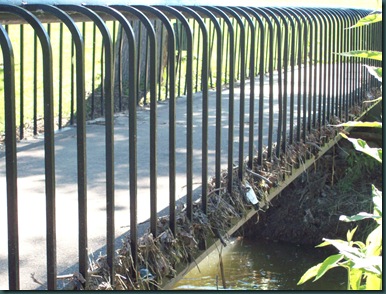 Yesterday there was a backhoe at this spot clearing all the debris that had backed up at this bridge. Today some ducks are here instead of the backhoe. 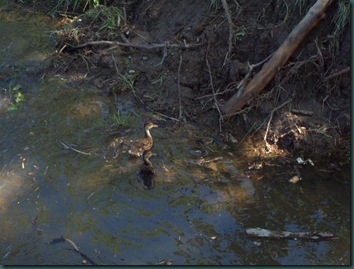 Now a few pictures of the  LANCASTER FESTIVAL concert area: 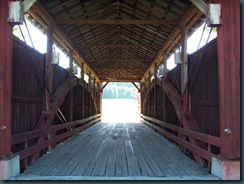 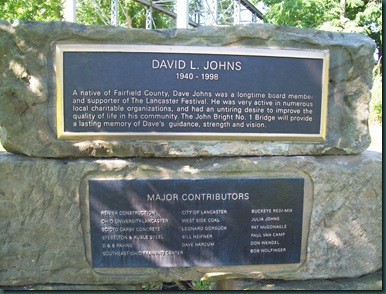 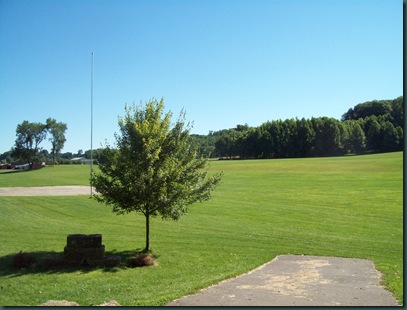 Leaving the bridge behind and heading to the end of the trail. 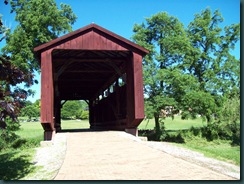 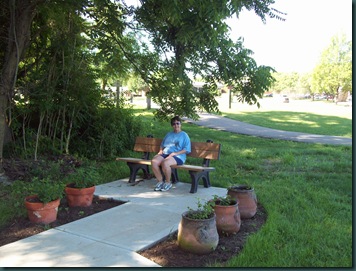 She is following me again. Great place to stop at the end of the trail. Time to turn around and head home. Total time for this walk about one hour.

Great shots. Too bad David Johns died so young. Did you know him?

What a great walk! Very scenic and how lucky you are to have it at your back door. I love southern Ohio in the summertime, there's just a certain feeling. I miss it already!

I love covered bridges. Cannot believe all of the rain you all had when only eleven miles from Logan also got drowned and we here at the caves only got a sprinkle. Today I was having watering everything.

I love the covered bridge. I've never been in one. I'm glad you showed the inside. I was hoping for that when I saw the first picture of it.

Thanks for the virtual tour! Love it all, especially the covered bridge.

I love riding this trail! Your pictures are great and do the trail justice. I love when the deer are out.
The rest of the trail running around Lancaster is nice too. It runs down by the creek on the south side of Lancaster and loops around Cenci Lake park. I look forward to them finishing the entire loop around the city.