WHAT DO YOU THINK ABOUT FENCES? (GO AHEAD COMMENT)

Just outside of Lancaster,Ohio on ROUTE 188  I came across this fence. 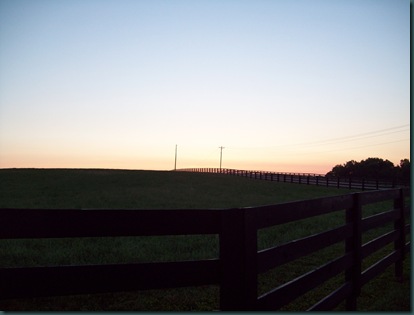 I know the picture is a little dark. after all it is 6:00 am and I’m on my way to the golf course near Ashville,Ohio. Fences make me think. First, I think about Robert Frost's poem Mending Wall. He only says, "Good fences make good neighbors." Do you think that is true? 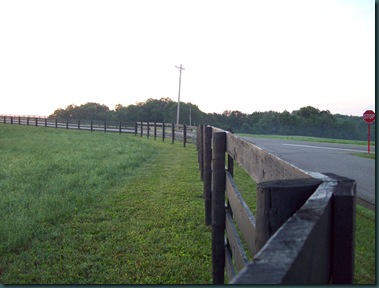 In my time I have climbed over a lot of fences, usually to get somewhere I wasn’t suppose to be. Sometimes; hunting, fishing, retrieving that golf ball, or to get into an event for free.For some people the fence is to keep them in. Or as Rev. Rebecca Guile Hudson, USA  says in her poem;

He feels his life
is missing
from the world
outside those fences --
He's very afraid
of what lies beyond them, feels
very safe,
having such a perimeter
contain his life – Sometimes I feel like that most times I don’t. Maybe,as Sally Broomfield thinks,One day, I swear,
I’ll take myself
Out to a place
Where nothing lines the world. 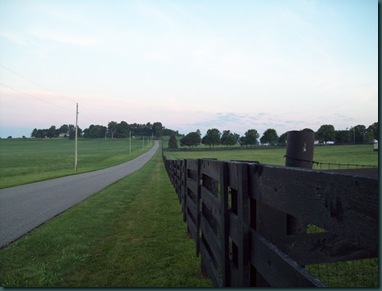 Have you ever noticed as you drive down the (freeway) that it is fenced in. If it is a free way why does it need to be fenced? Then there is the old rusted line fence ( I kina like this fence) 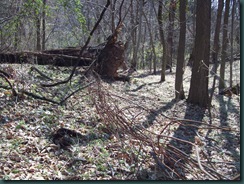 This next fence is to keep people out because they were dying to get in: (I know that is bad) 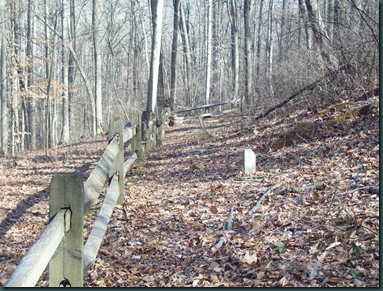 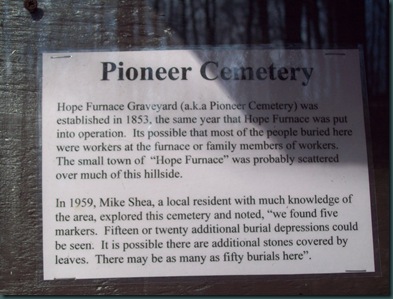 Thousands of men died between these two fences: 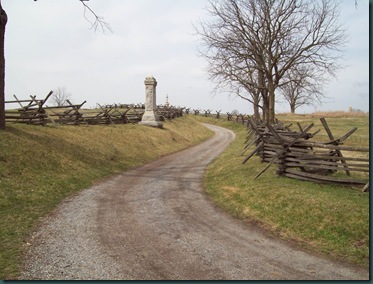 Antietam Battle Field The Bloodiest One Day Battle in American History23,000 soldiers were killed, wounded or missing after twelve hours of savage combat on September 17, 1862. This area shows Sunken bloody lane claimed about 5500 casualties. It was spooky walking down that lane.

My next door neighbor put up a new fence a couple years ago to keep their dog in their yard.(and the groundhog out) 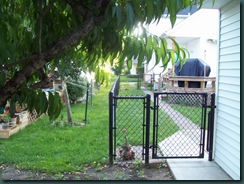 This fence is doing what it is suppose to do and Larry and I are good neighbors. Sometimes you can have a fence made up of almost anything. 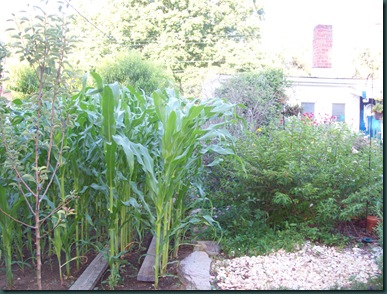 My yard is on the left and Cheryl’s house is on the right. (the corn is mine). Looking from the opposite direction 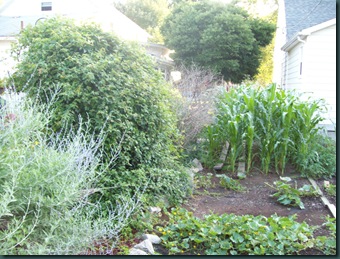 Looking from the back of the yard to the front.

The very last time I went deer hunting (probably about 1985) I owned a 150 acre farm near Mansfield,Ohio. I know the exact spot I want  to be when it starts to get daylight . It is pitch black out but I know exactly where I am going the intersection of two fences. I arrive early. There is still about 1/2 hour of darkness. I hear voices in the far distance. As time passes the voices are getting closer and closer. The next thing I know there are two other deer hunters no more than 2 feet away from me. I can’t see them and they can’t see me. They don’t even know I am there. I wait a couple minutes and then say “ I think there are to many hunters for this one spot . I will move on.” Now it is as silent as it is dark. That was the last time I ever went hunting.

THE OLD FENCE LEANED WITH NO DIRECTION IN MIND

A Fence :Now the stone house on the lake front is finished and the
workmen are beginning the fence.
The palings are made of iron bars with steel points that
can stab the life out of any man who falls on them.
As a fence, it is a masterpiece, and will shut off the rabble
and all vagabonds and hungry men and all wandering
children looking for a place to play.
Passing through the bars and over the steel points will go
nothing except Death and the Rain and To-morrow.
Carl Sandburg

I like your look at fences. I guess fences are a good thing for the builder, but not so good for the outsider. I'd rather be the builder. The outsider always has a temptation because of the thought of what is beyond the fence.

I like fences generally. Especially when they are attractive and do not block a nice view. I have been disappointed when a fence went up and changed the view. I like the fences between my neighbors and myself, I even wish they were higher and solid sometimes. I enjoyed looking at your pictures.

I rather like fences, esp country fences with rambling flowers all around them and over them. I love white wooden horse fences, or some of the wood fences you show in your photographs. Since I was a child they often signalled the presence of animals to me, and usually horses, which I was always quite fond of. :)

I am in on Frost's wisdom. I think he is right. With fences we know the limit, we find our bearings, we know when we have exceeded!

I like some fences, like rock walls, but not chain link. Interesting to think about....I do know I'd like to go to Mongolia where there are no fences! Hard to imagine.

Fences are good if one isn't surrounded by enough empty land to allow dancing nightgowned in the yard at dawn. I am surrounded by such land. If I were not, I would opt for the tallest, most visually impervious fence allowed by local code. And I would soundproof it.

great view there. thanks, for sharing with us at friday fences. have a great day. i'm Beth, nice to find your blog... i'm still looking around. (:

Very interesting fence stories! In think most fences serve a purpose, but in my case I do not want my neighbors to put up a fence..I have a very small yard n the fence will make it look even smaller and feel so closed in.

A fence philosopher! You've captured so many in your travels. For myself, I enjoy having a fence around my property but it doesn't have to be a tall privacy kind--unless I get 4 dogs at a time again! :-)

What a wonderful collection of fences this week, and our commentary was great. When I think of the word :fence,” I immediately remember that old song from Gene Aurty saying “Don’t fence me in.” Our only fencing here on our old farm is around our little garden. Without it, the deer have a wonderful time. I have wanted a wooden white picket fence around the front of the house, but I still do not have it after 33 years. Maybe one day. genie

"WHAT DO YOU THINK ABOUT FENCES?"

I think of WORK!! Since we ranch there is always fence to fix.