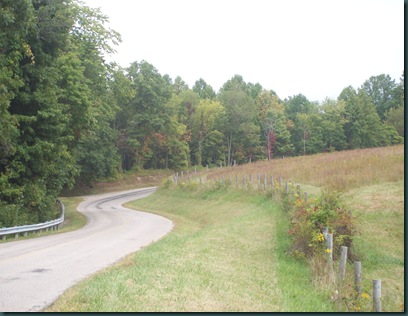 First stop is the Lancaster soap box derby where we meet the general manager Richard Gordon.  Richard  is willing to give me the “cooks tour” of the museum. 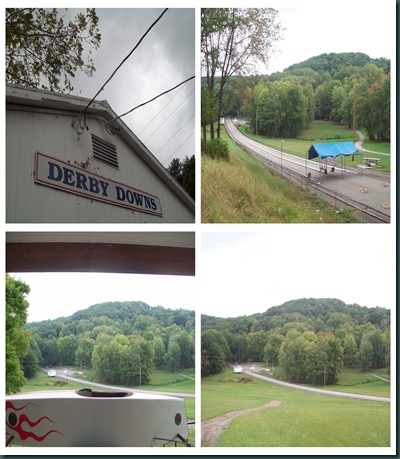 "The Greatest Amateur Racing Event in the World" Or “The Soap Box Derby” got it’s start in Dayton,Ohio in 1933. Old No. 7 became the symbol for the derby for years to come. 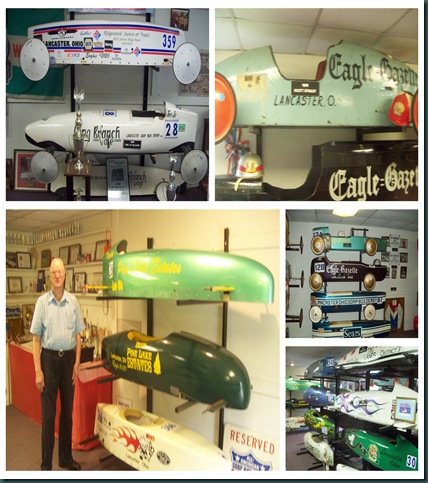 If I remember correctly the top left photo shows “world championship cars” and the top right photo shows a couple of the first cars to race in Lancaster,Ohio. When I was a kid the “cars” were stick built now they all come in kits.

You may be asking, why is it called  Boy’s Industrial School Rd. Well: 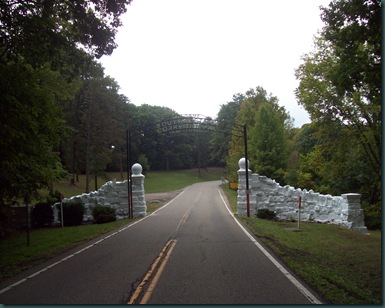 “Southeastern Correctional Institution originally known as Ohio Reform Farm (or School)  was authorized by the Ohio General Assembly on April 7, 1856. The Ohio Department of Mental Hygiene and Correction began overseeing the Boys’ Industrial School in 1954. The institution ceased to operate as a juvenile reformatory in July 1980 and the campus was converted to a medium security prison. Comedian Bob Hope spent some time at the Boy's Industrial School as a child. As an adult, Hope donated sizable sums of money to the institution.” Click  for more history. ( BY THE WAY I WAS NEVER THERE AS AN INMATE. AS THEY SAY “CLOSE BUT NO CIGAR”)

(Let’s  move on down the road) 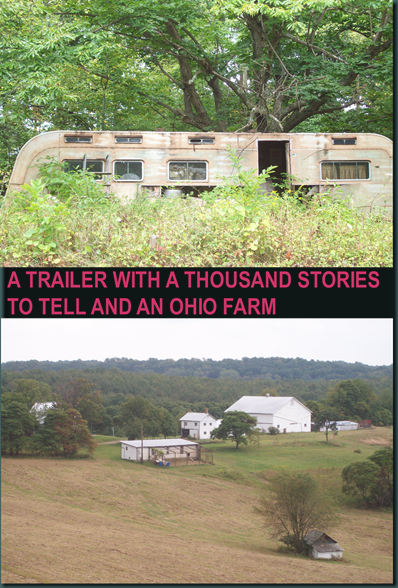 A very Bucolic setting. I will post more photos when the leaves change color. Spell check: is it Maple Leafs or Maple Leaves? Depends on where you live. 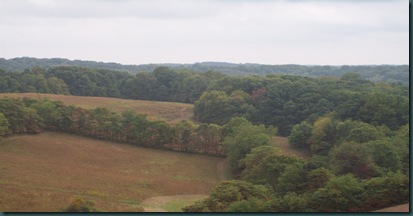 What do we find: 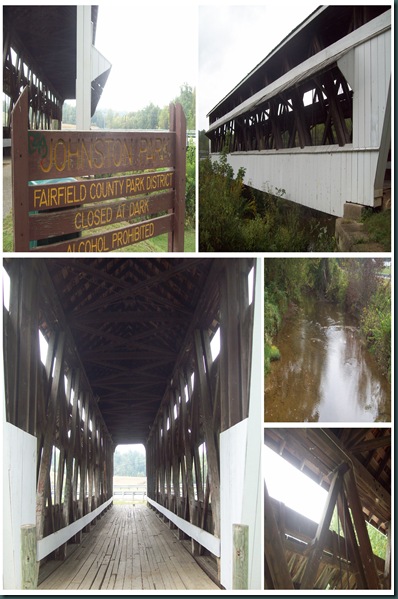 Fairfield County has twenty covered bridges click for locations and photos. Ah yes what is a bridge without a little graffiti? 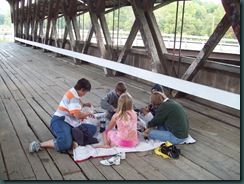 Going to check out a new spot (at least new to me) in Clear Creek Metro Park. 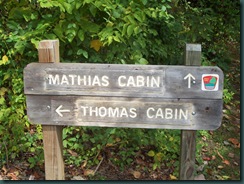 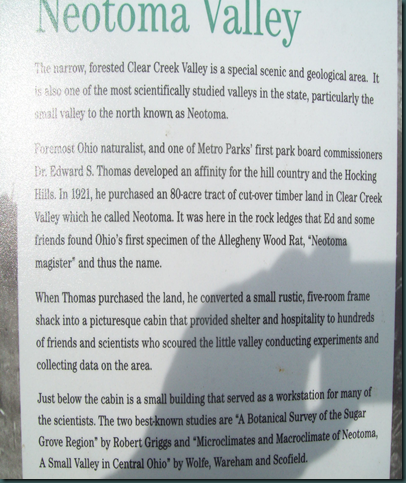 THE THOMAS CABIN: ABOUT 1/4 MILE FROM PARKING AREA 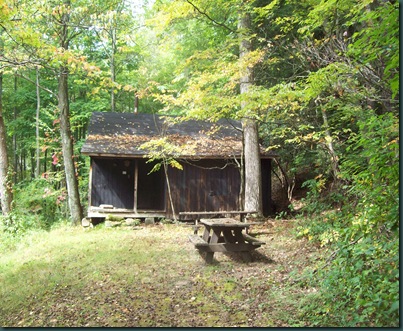 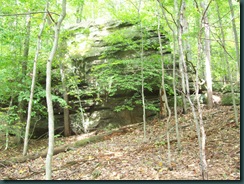 That looks like a great rock formation for the Grandkids to climb on. 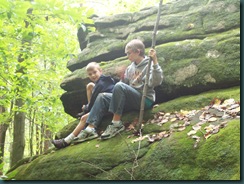 But now how do you get down? 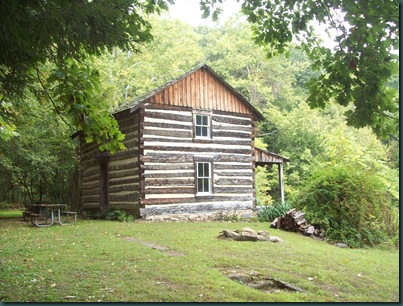 Joe Todd says thanks for stopping by

> Spell check: is it Maple Leafs or
> Maple Leaves? Depends on where you
> live.

There is a good spell check program Spell Check Anywhere (SpellCheckAnywhere.Com). It works in all programs, including blogs.

Those are some of the best shots I have seen of Ohio in a long, long time. I'm a former Ohio farm girl from north of Dayton. Thanks for posting. By the way, where did you go to school? I went to Miami in Oxford, Ohio.

What wonderful shots and what lovely places you've caught! Love the covered bridges and the old cabins. Very interesting about the old reform school! Thanks for taking us on the tour!

Joan: What a neat look at all the fun things from your area of the world.

Great post and photos, my son would have loved the soap box derby. Thanks for sharing your part of the world.

You've got some really interesting stuff in your parts. I remember my brothers building a soapbox car for the race when we were kids. What fun!

Did you notice the outline of the United States mainland in the sky just below these words:

"You may be asking, why is it called Boy’s Industrial School Rd. Well:"

I thought it was neat to see it myself! The rest of the post was also very interesting but that one photo was unique.

Tomer I will check out the spell check program. I am a terrible speller but in this case I was thinking of the Toronto Maple Leafs hocy team. Joann I graduated from OSU 1969.Love those flowers in your yard. Thanks everyone for stoppin by. Joe Todd

Wonderful post! Thanks for the tour!
BTW it's leaves if you mean the plural of a tree leaf.Anyway in British English. As a verb it's leave- left- left meaning to go away. If you mean getting new leaves, it's either to leaf- leafed-leafed or leave-leaved- leaved. Here comes the teacher! LOL!

Thanks for the visit and kind comment! Have a great day!

Random thoughts from my flighty brain:
1. So...the correctional place is near Revenge Road? Hmmm.
2. I would like to try living in either of those cabins.
3. How do you get down from the rocks? Me, I'd fall down!

Wonderful place, you have sold it real well, every photo intrigues me, old cabins and caravans, covered bridges plus the scenery and the little cars. I enjoyed my visit.

What a great tour, as usual!!! Thanks for all the information that you add to the photos.

In 1968,69 there was a teacher at F.S.B. who built box cars,every year i think. I cannot remember his name,, he was a Big Fellow though. Any way more interesting was that he either designed or helped desighn the Current American Flag layout. Or at least that is how I remember the story,I hope it is true I have told it several times over the years. Jim