Tuesday, April 12 marks the 150th anniversary of the U.S. Civil War, the nation’s deadliest war to date. Where it all started:::: 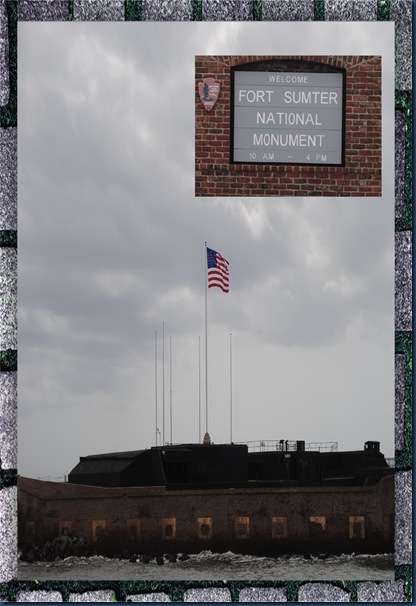 The war began on April 12, 1861, when troops attacked Fort Sumter

Civil War Sesquicentennial calendar of events - Live5News.com | Charleston, SC “Sesquicentennial is not a celebration but an observance of an event that changed the course of our nation's history. “ 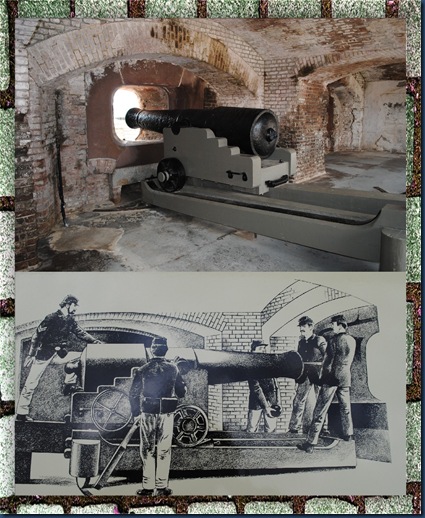 What did the  Morrill Tariff have to do with the Civil War? “And so with the Southern States, towards the Northern States, in the vital matter of taxation. They are in a minority in Congress. Their representation in Congress, is useless to protect them against unjust taxation; and they are taxed by the people of the North for their benefit, exactly as the people of Great Britain taxed our ancestors in the British parliament for their benefit.” READ MORE 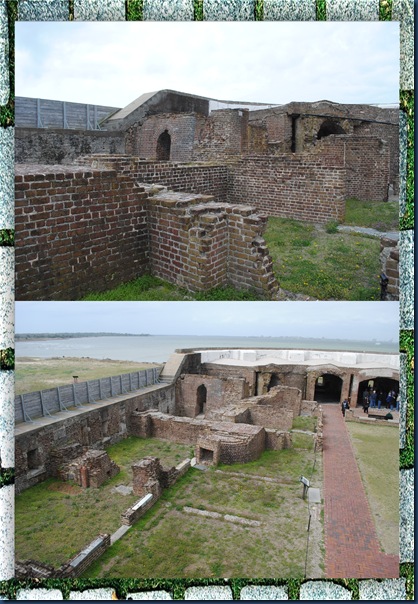 Flags of the Confederate States of America READ MORE 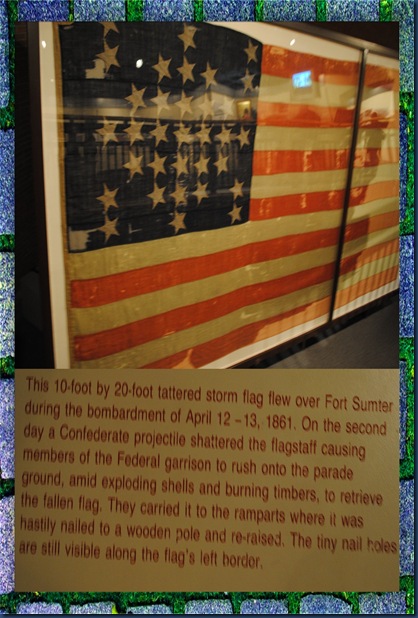 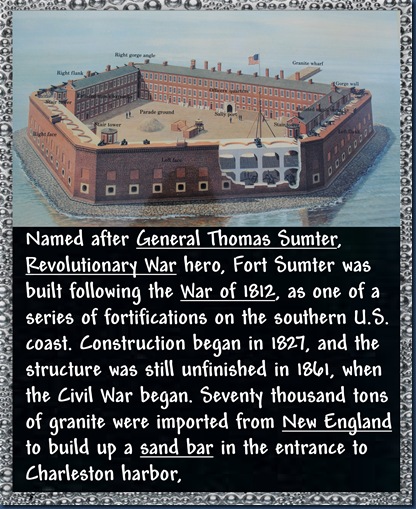 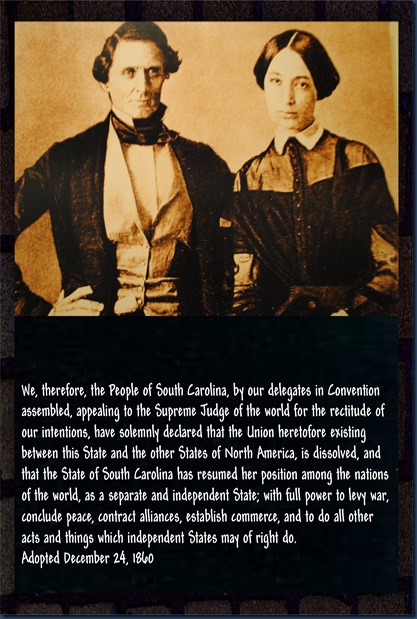 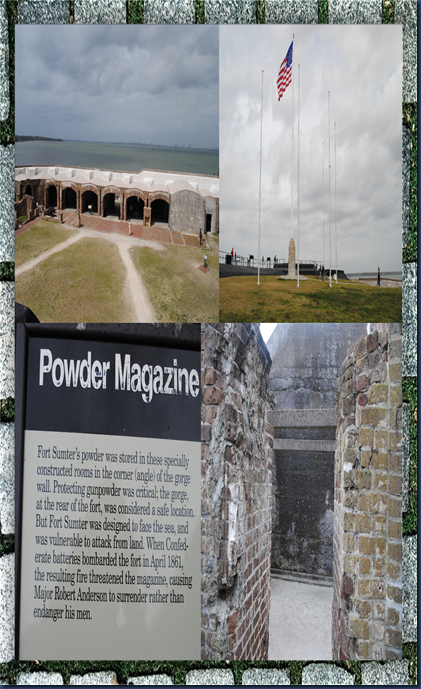 Statement to his cabinet ( President Davis ) “ The order for the sending of the fleet was a declaration of war. The responsibility is on their shoulders,not ours. The juggle for position as to who shall fire the first shot in such an hour is unworthy of a great people and their cause. A deadly weapon has been aimed at our heart. Only a fool would wait until the first shot has been fired.” 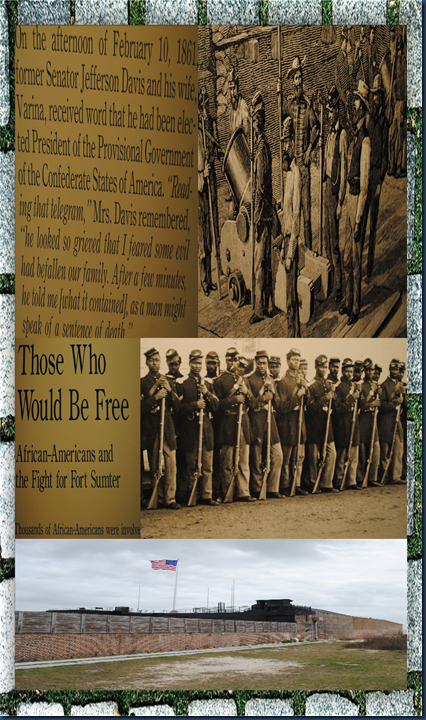 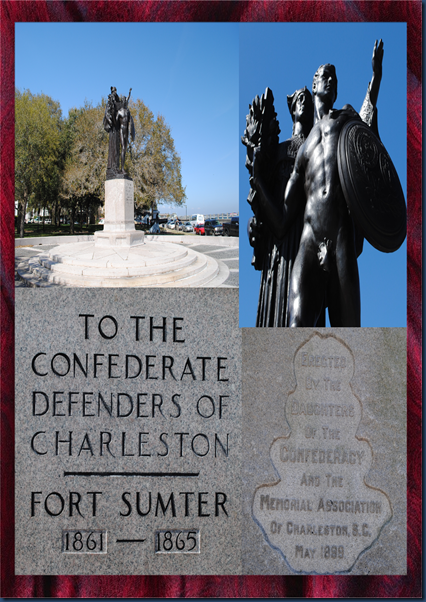 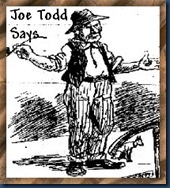 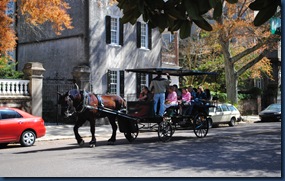 The coachman happened to have an uncle from Lancaster and the subject of General Sherman came up (neither positive or negative).

Take the time to visit Motts Military Museum in Groveport,Ohio.. You will find an excellent section on the Civil War. Stop by on a Friday afternoon and you might even find me there. SEE POST

If you are planning a trip to Charleston CLICK

Interesting facts about history, I definitely learn something from you post.

You know, Joe, probably no one in Charleston would have known what town Sherman was from even if they had known he was from Ohio.

I too posted about the war today. By the way, you really should visit Vicksburg. A lot of Ohio boys fought there, and there are a lot of Ohio monuments to commemorate them.

Thanks for the history lesson. I never knew what the war was about.

There are no Teddies at home. Birthday Bear is disappointed.

Snow just read your post on the Civil War.. Well done.. Dear readers check out his post at http://snowbrush.blogspot.com/2011/04/150-years-ago-today-war-started.html

Thanks for your Tour of the historic Fort Sumter in Charleston.

A number of years ago I had visited the old Fort myself while on a trip to Myrtle Beach. I, also, enjoyed walking around the old place. Back then I didn't bring a camera with me and did not have a Blog like I do now. I do enjoy the history of the Civil War and have been to a number of Battlefields including Gettysburg. I just may return there sometime and "snoop around" places that I've found out about, but never saw. Eversons Pits are one of them.

Oh, thank you, Joe. I can't imagine that I would have fought in that war, but if I had, and if you had, 150 years ago, we might very well have been shooting at one another instead of commenting on one another's blogs.

P.S. Next time you're down that way, an even more impressive fort to visit (or so I thought) is Pulaski near Savannah.

Your post has brought back many memories of a trip to Fort Sumpter 40 years ago. I remembered it from your fabulous pictures. Thanks for taking the time to add all of the fine commentary. It adds so much.

We enjoyed touring Charleston (and some other Civil War sites) but I don't like the idea of "celebrating" this war. It was a tragedy and remains so.

HI Joe, VERY interesting post. My husband has been to the fort, but I haven't. The only time we were in the Charleston/Savannah area, we visited Fort Pulaski near Savannah instead... Sometime, I'd love to visit Fort Sumpter.

Thanks for the history lesson. Your better than the History Channel :-)