A husband and wife are on the 9th green when suddenly she collapses from a heart attack! "Help me dear," she groans to her husband.The husband calls 911 on his cell phone, talks for a few minutes, picks up his putter, and lines up his putt. His wife raises her head off the green and stares at him.
"I'm dying here and you're putting?" "Don't worry dear," says the husband calmly, "they found a doctor on the second hole and he's coming to help you."Well, how long will it take for him to get here?" she asks feebly."No time at all," says her husband. "Everybody's already agreed to let him play through." 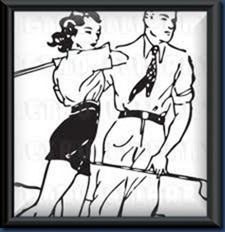 A gushy reporter told Phil Mickelson,"You are spectacular, your name is synonymous with the game of golf. You really know your way around the course. What's your secret?"Mickelson replied, "The holes are numbered." 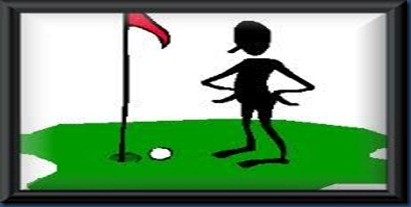 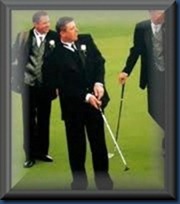 The bride was escorted down the aisle and when she reached the altar, the groom was standing there with his golf bag and clubs at his side. She said: "What are your golf clubs doing here?"He looked her right in the eye and said, "This isn't going to take all day, is it?"

A golfer teed up his ball on the first tee, took a mighty swing and hit his ball into a clump of trees.He found his ball and saw an opening between two trees he thought he could hit through.Taking out his 3-wood, he took a mighty swing.The ball hit a tree, bounced back, hit him in the forehead and killed him.As he approached the gates of Heaven, St. Peter asked, "Are you a good golfer?"The man replied: "Got here in two, didn't I? 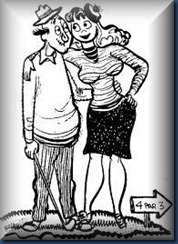 Police are called to an apartment and find a woman holding a bloody 5-iron standing over a lifeless man.The detective asks, "Ma'am, is that your husband?""Yes" says the woman."Did you hit him with that golf club?""Yes, yes, I did."The woman begins to sob, drops the club, and puts her hands on her face."How many times did you hit him?""I don't know.......five, six, maybe seven times.......just put me down for a five." 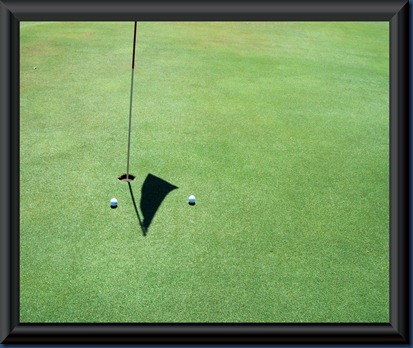 A young man and a priest are playing together.

The priest says, "I'm going to hit a soft seven and pray."
The young man hits his 8-iron and puts the ball on the green.

The priest tops his 7-iron and dribbles the ball out a few yards.
The young man says, "I don't know about you, father, but in my church, when we pray, we keep our head down."

This photo was taken while I was standing on #17 tee box at Pumpkin Vine golf course near Bremen,Ohio.. Always have your camera ready. Have a great day.

Cute, Joe, but tell me this; is it already Monday in Ohio?

I don't play golf but I enjoyed these jokes. :)

Such fun! I chuckled my way down the line! :-) I always enjoy your jokes.