One day, while an elderly golfer was chipping his ball from near a water hazard, his club fell into the water. 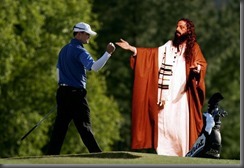 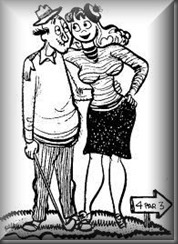