The baseball glove was invented in Canada in 1883 but not in Bruce Mines. 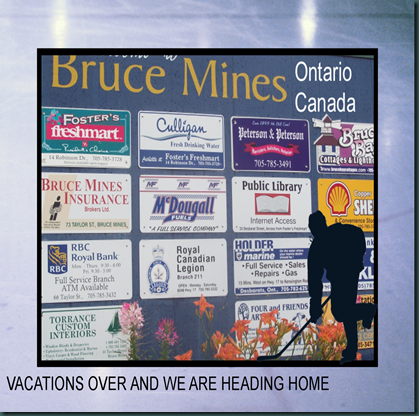 The area was named after James Bruce, the Governor General of Canada appointed in 1846. 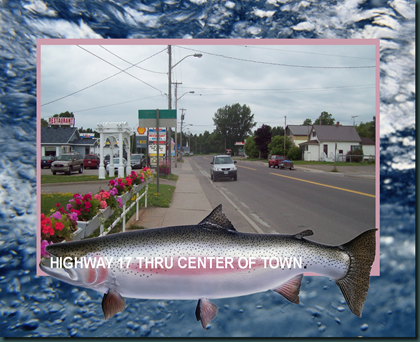 Canada's largest city is Toronto located on Lake Ontario Not Bruce Mines which is located on the north shore of Lake Huron but both are located in the province of Ontario. 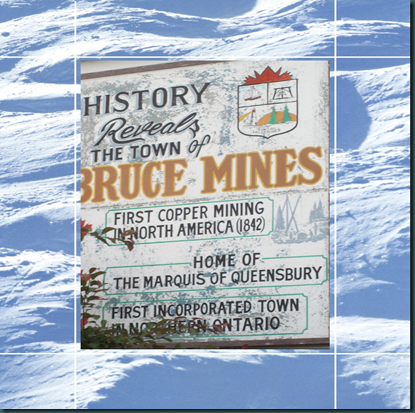 Thanks for the tip on the song!

Some have suggested Al Gore invented all those things including the internet. Thanks for you input Dak

Nice photos...looks like a great vacation. We've traveled Canada quite a bit; Quebec City being a particular favorite. We've been on both coasts, my husband has hunted near the Artic Circle with Inuit and we've been part way across by train. There's a lot to see.

Thanks for stopping by and commenting on my buy local post. It's difficult to only buy local but it feels good when you do.

Stop by again and hopefully become a follower.

Looks like you had a wonderful time! And the pie sounds great.

I'd never heard of Bruce Mines in Ontario Canada, but appreciate you sharing your trip with us here ;--)
Hugs and blessings,

You have some very nice photos from Bruce Mines. I can not figure out which one does not belong, though.

Joe: Neat shots from your trip.
BTW: The shot of the water is from the dock on Lake Huron not Bruce Mines.

Fishing Guy you are correct. Karen the church in the last picture was taken in Latchford Ont. and the sun was shining. There is an earlier post about Mr. Pottery in Latchford. Thanks to everyone for stopping by Joe Todd. P.S. my wife Linda hasn't said anything to me yet about her pie not being the best.

Hey Joe -- Glad I found your blog, through your comment on mine, which I'll answer there.

We definitelly hope to get up North to Canada one of these years.

One of our d-i-ls grew up in Saskatchewan (sp?) and she and ou son have turned us on to Corner Gas, which we absolutely love. It comes on one of the channels we get on the Dish.

Thanks for stopping by my blog and commenting about my book list. I hope you and your wife find something there that you like.

Joe -- I did finally answer your question on my blog. I'm old and slow, takes me a while sometimes.

Does sound as though you had a great trip and I'm so glad! Thanks for the info on Wandering song. Oh, and the pie does indeed sound great!

I enjoyed looking at your part of the world. Great post, thank you!

I do hope you got in some good fishing while you were there.

Looks like a fun town to visit. I love it when towns have their own signature flair.

I love Corner Gas too.