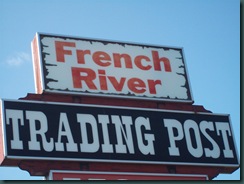 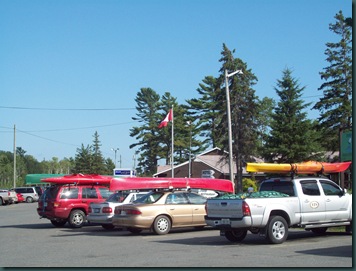 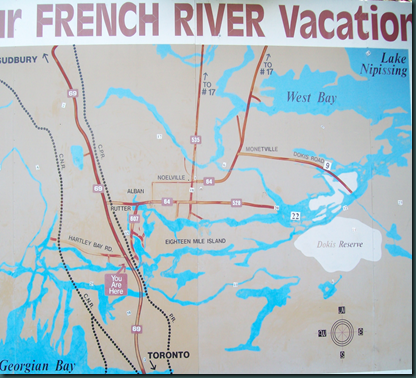 I have driven over the French River on Hwy 69 probably a hundred times and now I know what things look like from a river perspective. 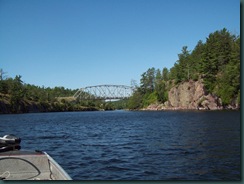 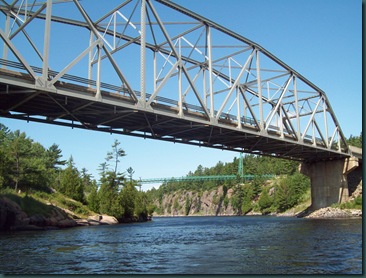 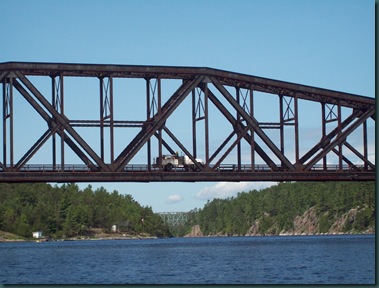 Highway bridge,The green pedestrian bridge in background, and lastly the railroad bridge. I can hear the sound of a train in the distance.

We stayed at a Ridgewood Cottage which is located on Dry Pine Bay one of the first bays east of Hwy 69. 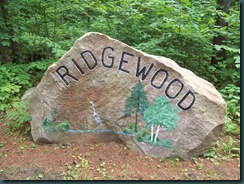 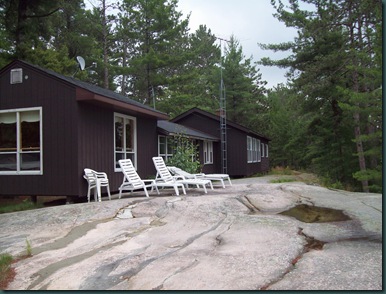 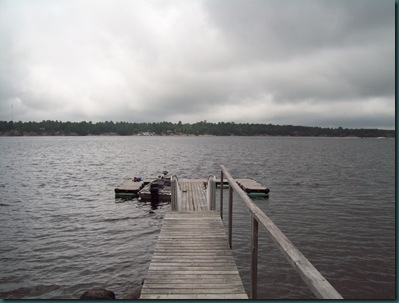 The Ojibwa named this the "French River" because it became associated with French explorers of the 17th century.

Yes we did catch some fish: 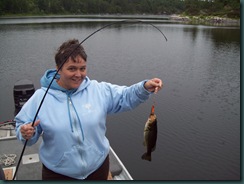 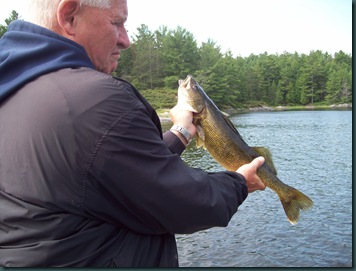 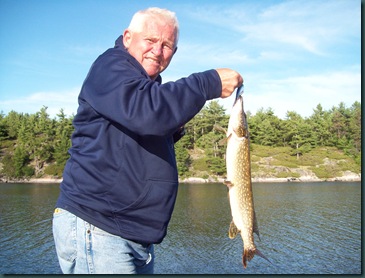 And then Ron caught the MUSKIE 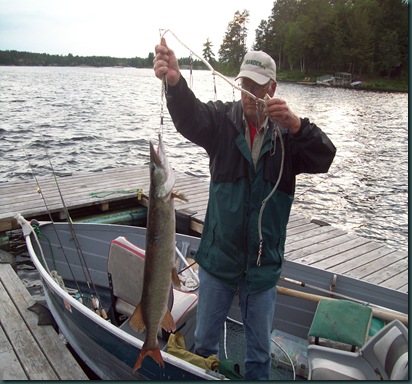 TED R. SAYS THANKS FOR STOPPING BY: 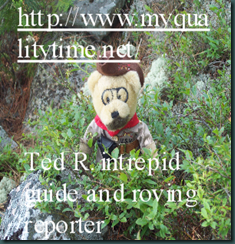 It looks cool there! I want to be in that place!
Didja eat the fish?

A pedestrian bridge? I love those kind! I don't know why, but looking off of a bridge is one of my favorite things. And if it's looking down at this river, it's even better!

Fair play! That was a pretty good sized fish Joe!

Would have loved to get a hook into a big one like that. Lovely vacation shots.
My tomatoes are finally getting ripe. They are really late maybe due to the weird weather. My cucumbers are about done for. I just cannot grow them well and I keep trying every year. Stubborn that way ;-)
Glad the ground hog left your something.

Looks like some beautiful country. It's always fun to be able to get a different perspective on a spot.

We had two pickerel dinners

Great fish and what a beautiful place to catch them! Love the photos!

Canada is a breath of fresh air. Always. Thanks.

Joe: That does look like a fun trip with some nice catches. I have friends that had a camp up there and had great times.
Thanks for your comment.

Such beautiful photos! You can almost smell that air and water! I will have to come back and read more. I am so delighted you stopped by and liked my spot.