On October 26th 2010:: Officially six tornadoes touched down in the state of Ohio. If you live in Lancaster,Ohio the best view would be from Mount Pleasant.. I’ll share some photos from that day. 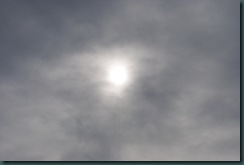 When these photos were taken the storm warning sirens in Lancaster,Ohio were blaring.

First photo,I’m heading to the top of Mount Pleasant 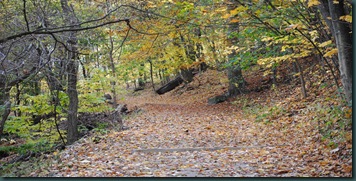 Next a series of photos taken from the top of Mount Pleasant showing the city of Lancaster as the storm approached. Thank goodness there was no tornado in Lancaster but we did have some strong in-line winds and a lot of rain. 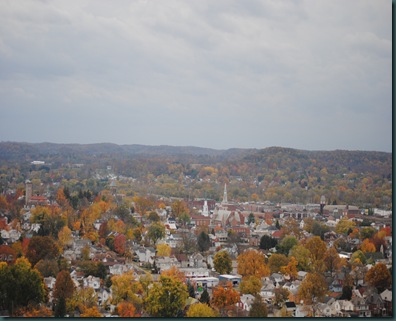 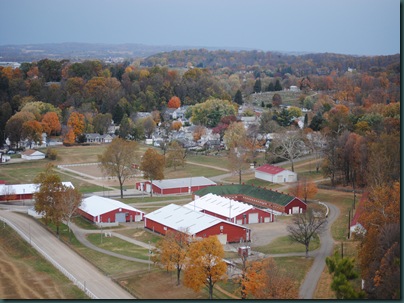 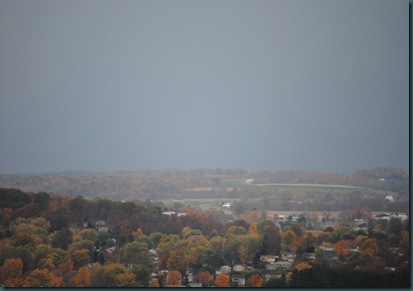 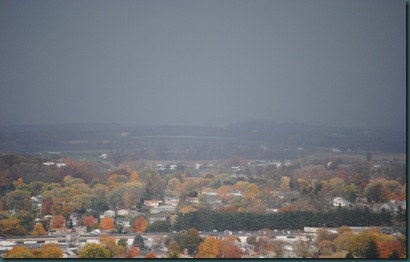 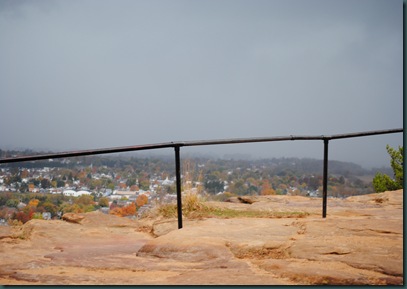 At this point I’m getting ready to get off Mount Pleasant. There were two other (NUTS) up there besides myself. Two of us left and the other fellow stayed. (He had a camera LOL) 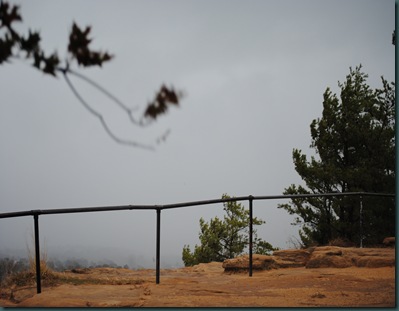 Really getting windy and starting to rain. There is a cave about thirty seconds from where I’m standing that offered protection from wind/rain. 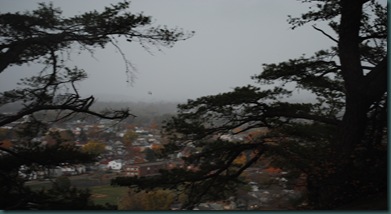 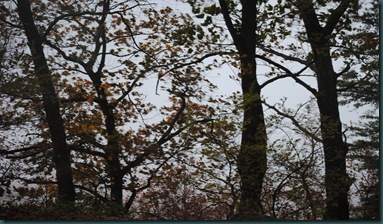 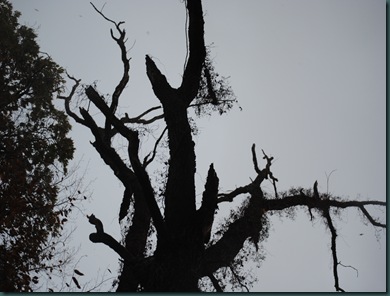 Thanks for stopping by and make sure to visit SKYWATCH FRIDAY

Mount Pleasant after a Winter Storm:::::

What a fascinating series of photographs! Excellent, and thanks for sharing.
Nuts = photographing enthusiasts..haha!

Very exciting! I'm so glad you are still here to tell us about it!

So, did you take shelter in the cave?

Hi Joe, Those storms were pretty darn wicked this week. Luckily, we only had some rain and winds here --nothing severe. BUT--we did have a tornado watch out...

Glad Lancaster didn't have any damage... Did you get wet after leaving Mt. Pleasant??? Glad you are okay.
Betsy

There's sumthin' wrong with somebody who climbs to the top of a big hill when tornados are imminent.

Well, if I had heard a tornado warning, I might have gone up the hill in order to hide in the cave, but I don't think I'd have stood out in the rain taking pictures. Very brave or very foolhardy of you, Joe, take your pick. LOL

Oh my goodness Joe -- thanks (I think?) for risking your safety to give us these fascinating first-hand pictures. Yikes. Be careful out there.

Reminds me a lot of rural western Massachusetts - Mt. Greylock area in the Berkshires.

Love the beautiful view of the landscapes.

That little one line fence doesn't seem strong enough to protect people from falling in, esp when there is a white out.