As you may recall from the past meeting of The Common Sense Club; Bros. Joe D. was dispatched to Washington D.C. on a fact finding  mission. On this 25th day of April we received an update from Joe. “Fellow members, to date the train ride has been expeditious and  smooth . My plan is to spend a day here in Harpers Ferry and soak up some history.” 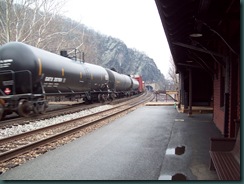 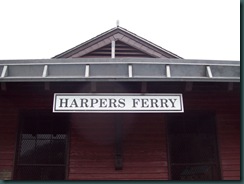 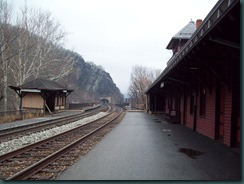 “ As you know Harpers Ferry is located in a gap of the Blue Ridge Mountains and at the confluence of the Shenandoah and Potomac Rivers. I would not want to be traveling on these rivers.” 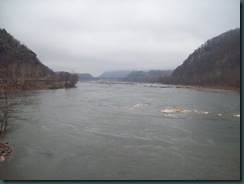 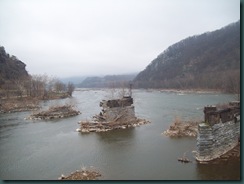 “Today we may be having “Tea Parties”well on the night of October 16th, 1859, John Brown and an armed ban of 21 men set out for Harpers Ferry from the Kennedy farmhouse in nearby Maryland. Their goal was to seize the United States Armory and Arsenal and start setting free slaves. 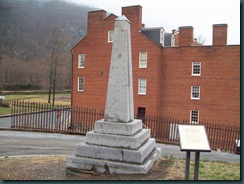 “Thirty-Six hours after the attack began, Brown and four of his associates were captured. Ten insurgents lay dead and seven had escaped. As a side note the first person killed in this uprising  was an employee of the railroad, a freed slave.

Brown and his men were tried for murder and treason. On December 2nd  1859 Brown was executed in Charles Town Virginia.His six compatriots were hanged over the next four months. 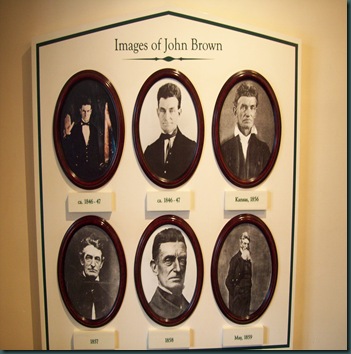 Pictured below is a typical street in Harpers Ferry and a walk way over the river.The walk way then connects with the Appalachian trail 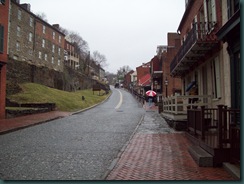 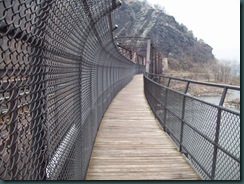 Pictured below is the building where Brown and his men made a stand before being captured by federal troops under the command of Robert E. Lee 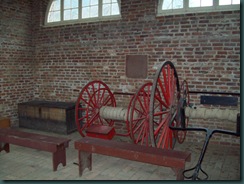 Every one might have been happier if they had just stopped at the local tavern for a spot of Ale. 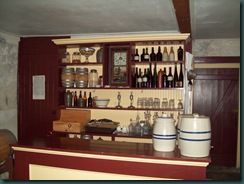 Well, tonight at my own expense I will be staying at the Bavarian Inn in Shepherdstown W.  Virginia overlooking the Potomac River. 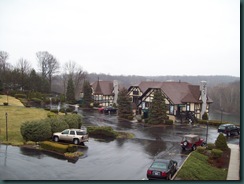 Will be having dinner at  Betty’s Restaurant in Shepherdstown with a very attractive woman I met on the train. 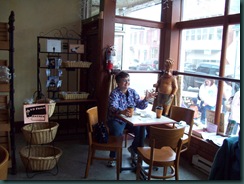 Time to turn in now. I will be sending more dispatches to Scribe Joe Todd of The Common Sense Club as time allows. 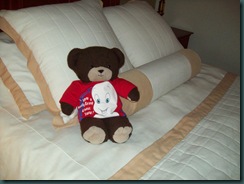 I've got to come back when I've got more time. I'm loving your posts but need to spend more time here. I left a little something for you at my site.

I've been soaking up history thru books lately and this is a good reminder I need to be more physical about it. I've never been to your blog before, but this is an impressive first look.

Attractive woman on the train? Well worth the trip. ~Mary

FrankandMary thanks for stopping by. The encouragement really helps.. I enjoyed visiting your site also and will be checking it out on a regular basis Thanks Joe Todd
P.S. My wife appreciated the comment about the attractive woman

I love the pictures here. Can't wait to read more.