CANALS OF FAIRFIELD COUNTY,OHIO WITH A COUPLE COVERED BRIDGES AT NO EXTRA CHARGE

This is a that’s  MY WORLD Tuesday post and more a WATERY WEDNESDAY without much water.

The Ohio-Erie and Hocking Canals  carried freight traffic from 1827 to 1861 then supplied water  to industries and towns from 1862 to 1913. Thanks to WIKIPEDIA for the above photo which shows The Ohio and Erie canal in 1902 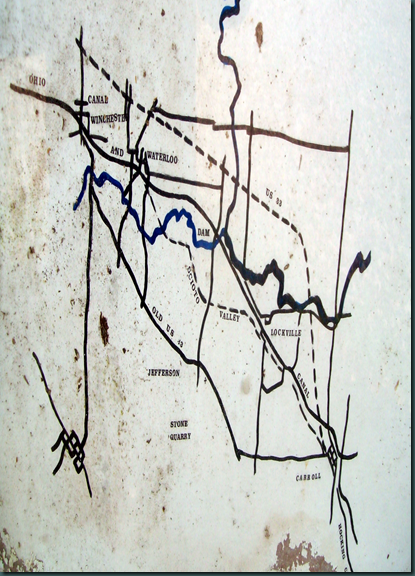 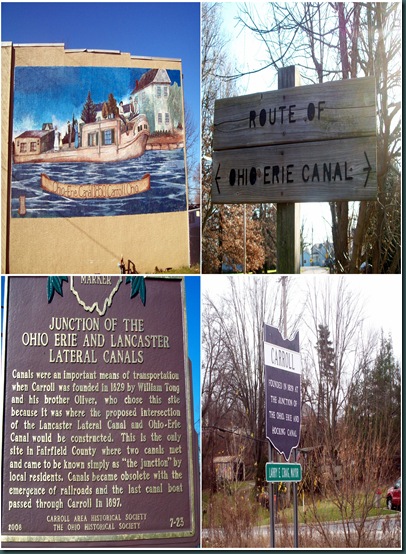 For this journey we start in Carroll, Ohio which  the HISTORICAL MARKER says was the junction of the Ohio Erie and Lancaster Lateral canal. Next, we move on to Lockville,Ohio. 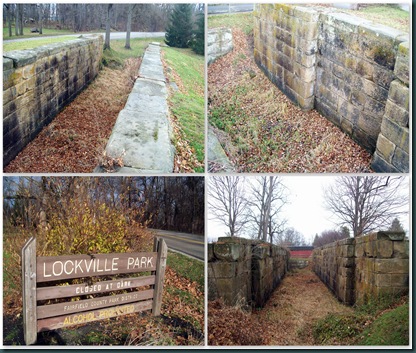 This collage shows the first lock in a series of three locks. Bottom right photo shows covered bridge in background. 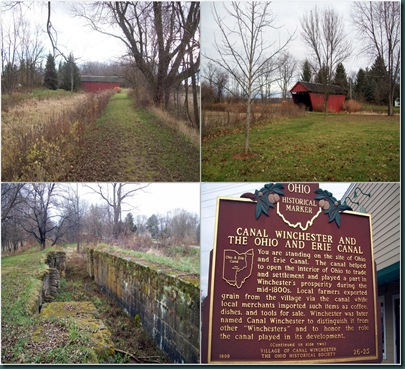 The Hartman II Covered Bridge was moved to Lockville Park in 1967.The bottom left photo shows the second lock in the series. Towpath upper left photo. Next stop Canal Winchester. 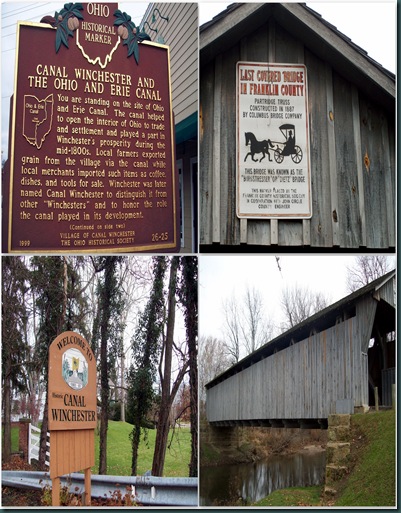 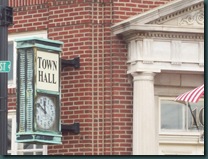 Well as you can see it’s just about noon so I’m getting hungry. Where to eat that’s the question. 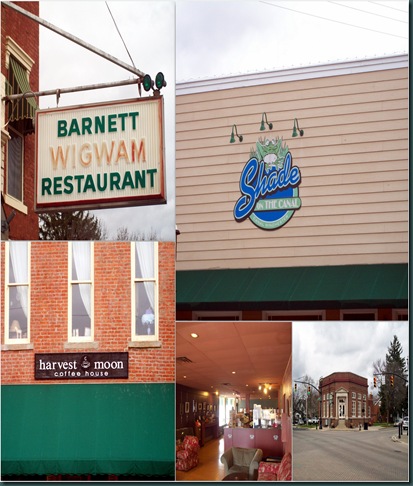 Not the Wigwam or Shades so I cross the street in front of the Town Hall and stop in at the Harvest Moon order a Reuben ( which I highly recommend) sit in an easy chair and have lunch.

Now we are back in Lancaster,Ohio along the canal. 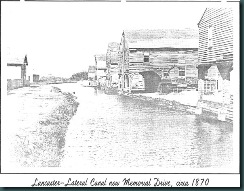 Since we are talking about Canals,Locks,Covered Bridges etc. I guess we could also call this a WATERY WEDNESDAY post without a lot of water. LOL 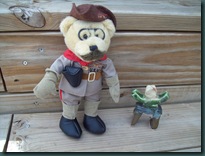 Ted R.. and Inukshuk say thanks for stopping by

Hi Joe, I was surprised to see there's no water in the canals now. In the UK canals are a beautiful tourist attraction - we're thinking of hiring a canal boat for a week (for the first time) in the summer and giving it a go! But water or not, it's a beautiful part of your country you've shown us here.
Janice.

What a great tour, Joe! Didn't realize all the canals are gone, but it's still such a lovely part of the country!

Have a great week!

I love watching boats move through canals. I spent a few weekends last summer taking photos of the Trent-Severn Waterway, which I'll post one of these days. Love your photos of the canals in Fairfield County.

What great history, Joe. I'd love to see those old canals and just stand there thinking about all of the boats which used to go in and out. Wow---how interesting.

Thanks for all of the great pictures. I'll be there to share that reuben with you... LOVE them!!!!
Betsy

where did all the water from the canals go?

Great post and tour. the covered bridges are cool, you got some great photos.

Thanks for the tour, really enjoyable.

Why is there no water on the canals?

Joe. That was really interesting. You learned me plenty, too. Thanks.

Joe: Neat post, we are lucky to have remnants of the canal up here also.

Thanks for sharing your travels.

Beautiful canals, but some of them appear to have no water.

Love them there locks. Maybe I'll get back to your part of the country someday for a history tour. Here in Oregon, the white man's history only goes back 150 years or so, to any extent. But did you know, some 12,000 year old Indian poop was found here as well as some 10,000 year old sandals? Other than that and a few arrowheads, the Indians just didn't leave much.

That was really informative and I am surprised about the lack of water in the canals. I would think your part of the country has water to spare! Very interesting and your photos are so good!

Loe, I just love the photos as well as the new ones. Those were the days of water traffic and tow paths. A pity the old covred bridge is no longer in its original situation, at least it is safe still.

Beautiful place. Amazed by its history. Lovely tour of the Lockvile and the canal.

The canalway is so *small*!
I have read about the digging of the Erie Canal and it was quite an undertaking. Imagine the length of all those waterways, dug by hand!

The canal around here is just a dent in the ground here and there in wild places. No signs or tours or possibilities.

Great combination, thanks for the free tour hehehe.. How come the canal don't have water anymore?

Such a fun visit to your part of the world. Thanks for taking us on such a great tour.

Thanks for the virtual tour ... enjoyed all your photos and mosaics. Love covered bridges ;-)
Hugs and blessings,
My World

Hi Joe ... thanks for stopping by Reduce Footprints ... always nice to get your kind note! I hope you and your family are having a happy holiday, as well! How is your wife doing with the Teddy Bears?

Enjoy the season ... I'll be back in January with new challenges and posts! In the meantime, you can see what I've been up to here:

You made me smile, a watery post without water.

Thanks Joe for the tour, very interesting to see the old structures and the canals!

A Beautiful place and great photos. I enjoy reading the text. Have a great wednesday, Joe.

I've seen many locks along the rivers here between WV and Ohio but your photo is the first I've seen of one without water. :)

I love canals - so rich in history

Where did the water go??
In 1913, much of the canal system was abandoned after critical sections were destroyed by severe flooding.
When the canals were being built workers were paid .30 cents a day and a jigger of wine.

Such an interesting post. I love to learn something new!