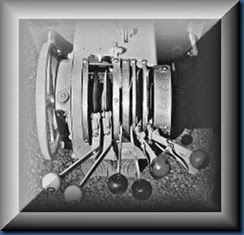 Early aircraft throttles had a ball on the end of it.  In order to go full throttle the pilot had to push the throttle all the way forward into the wall of the instrument panel. Hence "balls to the wall"  for going very fast. And now you know the rest of the story.

During WWII, U.S. Airplanes were armed with belts of bullets which they would shoot during dogfights and on strafing runs. These belts were folded into the wing compartments that fed their machine guns. These belts measure 27 feet and contained hundreds of rounds of bullets. Often times, the pilots would return from their missions having expended all of their bullets on various targets. They would say,"I gave them the whole nine yards," meaning they used up all of their ammunition. 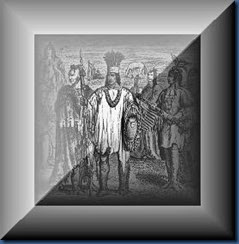 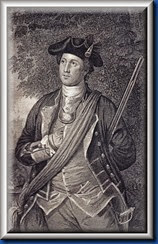 In George Washington's days, there were no cameras. One's image was either sculpted or painted. Some paintings of George Washington showed him standing behind a desk with one arm behind his back while others showed both legs and both arms. Prices charged by painters were not based on how many people were to be painted, but by how many limbs were to be painted. Arms and legs are 'limbs,' therefore painting them would cost the buyer more. Hence the expression, 'Okay, but it'll cost you an arm and a leg.' 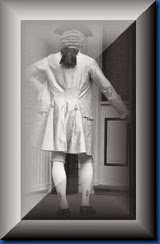 As incredible as it sounds, men and women took baths only twice a year (May and October).. Women kept their hair covered, while men shaved their heads (because of lice and bugs) and wore wigs. Wealthy men could afford good wigs made from wool. They couldn't wash the wigs, so to clean them they would carve out a loaf of bread, put the wig in the shell, and bake it for 30 minutes. The heat would make the wig big and fluffy, hence the term 'big wig'. Today we often use the term 'here comes the Big Wig' because someone appears to be or is powerful and wealthy. 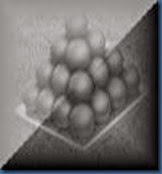 One more: bet you didn't know this!  In the heyday of sailing ships, all war ships and many freighters carried iron cannons. Those cannons fired round iron cannon balls. It was necessary to keep a good supply near the cannon. However, how to prevent them from rolling about the deck? The best storage method devised was a square-based pyramid with one ball on top, resting on four resting on nine, which rested on sixteen. Thus, a supply of 30 cannon balls could be stacked in a small area right next to the cannon. There was only one problem....how to prevent the bottom layer from sliding or rolling from under the others. The solution was a metal plate called a 'Monkey' with 16 round indentations. However, if this plate were made of iron, the iron balls would quickly rust to it. The solution to the rusting problem was to make 'Brass Monkeys.' Few landlubbers realize that brass contracts much more and much faster than iron when chilled.. Consequently, when the temperature dropped too far, the brass indentations would shrink so much that the iron cannonballs would come right off the monkey; Thus, it was quite literally, 'Cold enough to freeze the balls off a brass monkey.' (All this time, you thought that was an improper  expression, didn't you.)

Have a Quality Time day….

I’m heading to the beach LOL

Technorati Tags: QUALITY TIME,TRIVIA
Posted by Joe Todd at 8:21 AM

This was all such great info! I knew some of it, but other things like the brass monkey I did not know. You do a lot of research on your posts and I think they are always very informative and interesting! Hope you are doing well. I will be posting more photos of my trip as the weeks go by! Hope to see you there.

You naughty boy! You wouldn't know what to do if you caught her! :-Q

Jennifer you are correct LOL

Thank you for these great stories behind these commonly used phrases. Ah, about the last photo, what a way to get the woman to stand up, hehehe! :D